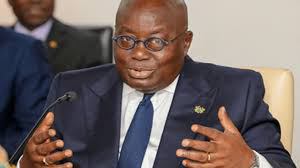 In Nigeria, Civil groups have lent their voices to such cause too but nothing has been said in that regards from the government but in Ghana, the president seems to be really furious at these occurrences and he has openly made suggestions that the churches that specialize in prosperity teachings alone might soon start paying tax

Ghana’s President Nana Akufo-Addo has said that churches that specialise in prosperity preaching through which they acquire stupendous wealth may be slammed with tax.

Akufo-Addo made the declaration as he delivered stinging criticisms about some churches which he accused of being everything but what a church should be.

The Ghanaian president, speaking at a synod of the Global Evangelical Church at the University of Ghana, remarked that the church is becoming “a pale shadow of what it used to be generations ago.”

The scale of measurement for such separations is what we are looking forward to seeing. We believe there will be criterions for a church to meet before they are termed as “prosperity preaching churches”

TRAGIC: Man Allegedly Sleeps With His Lover, Killed Her & Butchered Her Body Part.