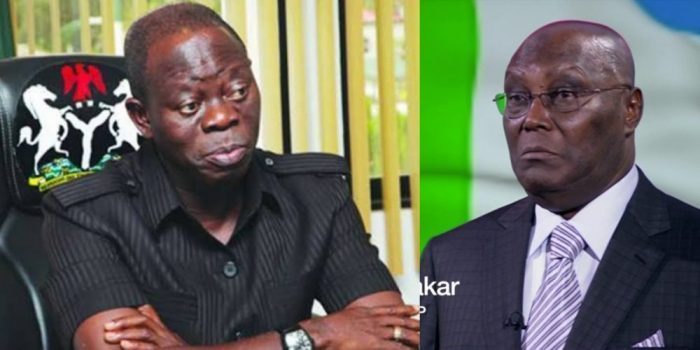 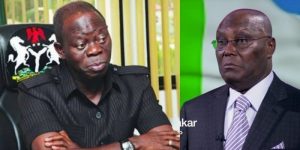 National Chairman of the All Progressives Congress (APC), Adams Oshiomhole says the party is ready for the next round of legal battle with Peoples Democratic Party and its presidential candidate, Alhaji Atiku Abubakar.

Oshiohmole made this known when he responded to questions from State House correspondents in Abuja on Thursday.

The PDP had on Wednesday vowed to appeal the judgment of the Presidential Election Petition Tribunal which upheld the election of President Muhammadu Buhari.

However, the APC Chairman maintained that the same facts that gave President Buhari victory at the election tribunal would suffice at the Supreme Court.

The APC chairman urged Atiku Abubakar and the entire members of the opposition party to forget about what happened at the polls and support Buhari to move Nigeria forward.

According to him, the matter has been resolved and that it was time to queue behind the winner and move on.

“After all, our winner is the best example that losing one election is not tantamount to the end of your political life. He lost three and today he is president,’’ he added.

The APC chairman thanked the judiciary for doing its job diligently, within the confines of the nation’s electoral act and the laws of the land.

Oshiomhole allegedly accused the opposition PDP of blackmailing every institution in the country in its bid to take over power.

Buhari will take 100m Nigerians out of poverty, says Osinbajo