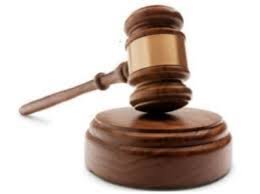 Albert of Angwan Shahu Karmo was arraigned on a one-count charge of stealing.

The convict was sentenced after she pleaded guilty to the offence and begged for leniency.

The judge, Mr Abubakar Sadiq, however, gave the convict option of N20, 000 fine and warned her to desist from crime.

Earlier, the prosecutor, Mrs Florence Auhioboh, had told the court that one Sharon Michael of Utako village, Abuja, reported the matter at Utako Police Station on Jan. 30.

“On Jan. 17, the complainant’s who was a boyfriend to the accused took her to St. Matthias Hotel Utako.

“The defendant dishonestly and smartly stole the complainant’s phone worth N290, 000 and N26, 000 cash,’’ Auhioboh said

She said that the accused ran away to an unknown destination, and from there she paid N70, 000 to the complainant.

The prosecutor told the court that the accused was arrested at Utako village on Jan. 30.

She said that all effort to recover the stolen cell phone proved abortive.

Auhioboh said that during the police investigation, the defendant confessed to having sold the phone for N65, 000.
According to her, the offence contravened Section 288 of the Penal Code. (NAN)

Another Bombshell: Don’t Vote For Buhari In 2019 – Babangida