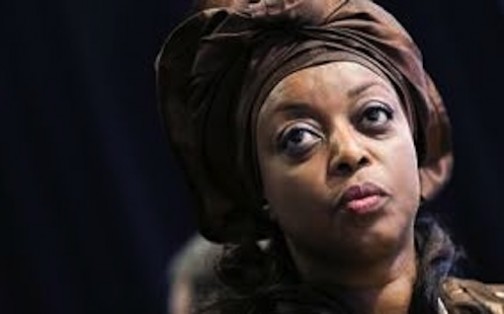 Former Minister of Petroleum Resources, Mrs Diezani Alison-Madueke has been told in clear terms that she cannot return to the country now by a Federal High Court in Lagos.

The court on Wednesday dismissed an application by Alison-Madueke, urging it to compel the Attorney General of the Federation, Mr Abubakar Malami, to bring her back to Nigeria.

The court described her application as merely a ploy to escape justice in the U.K. where she is facing investigation for several financial crimes.

Alison-Madueke filed the application asking to be brought back to Nigeria to defend a criminal charge bordering on alleged laundering of N450 million.

In his ruling today Justice Rilwan Aikawa agreed with the Economic and Financial Crimes Commission (EFCC) that the application is misconceived and amounts to “a misuse of the court process”.

The court also held that having not been listed as a defendant in the charge, there is no offence yet being made against the former minister and she is “merely crying wolf where there is none”.

Justice Aikawa said Mrs Alison-Madueke did not also deny the claims of the EFCC that she is currently on bail in the UK where she is being investigated for several financial crimes and her filing of the application was merely a ploy to escape justice in the U.K.

The judge ruled that his court will not be used to achieve this aim. In the final analysis, he declared that Mrs Alison-Madueke’s application lacks merit and it is accordingly dismissed.