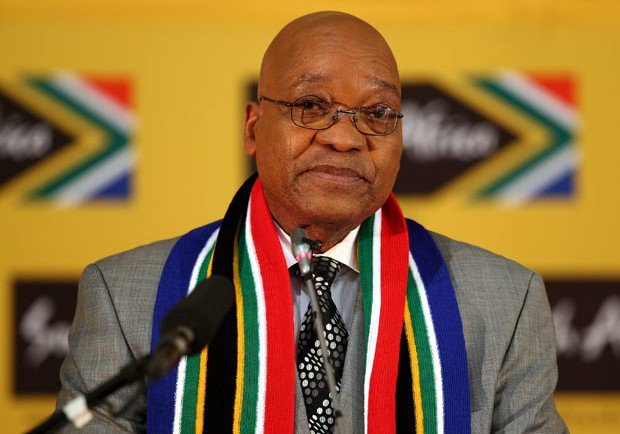 Chairperson of Southern African Development Community (SADC), Jacob Zuma on Friday disclosed what is being done about the face-off between Zimbabwe military and Robert Mugabe.

Zuma assured that the regional bloc was ready to provide necessary support to the people of Zimbabwe to resolve the current political crisis, Xinhua reports.

Zuma, President of South Africa, spoke before addressing the 4th Session of the Bi-National Commission between Botswana and South Africa in Gaborone, capital of Botswana.

He said the SADC noted with great concern “the unfolding developments”, and expressed the hope that they would not lead to unconstitutional change of government in Zimbabwe.

Zuma reminded all the parties involved to ensure that maintenance of peace, and security as enshrined in the Zimbabwean constitution was not compromised.

Speaking, President Seretse Khama of Botswana said he remained confident they would provide solutions to the people of Zimbabwe.

Khama also promised to be in contact with president Zuma to further discuss the matter in a week’s time.

During official talks, the two Heads of States also reflected on a wide range of bilateral, regional and international issues.

On Wednesday, during an address to the nation after taking control of the Zimbabwe Broadcasting Corporation, an army spokesman said the military is targeting “criminals” around Mugabe.

“We wish to make it abundantly clear that this is not a military takeover”, Major-General SB Moyo said.

“We are only targeting criminals around (Mugabe) who are committing crimes that are causing social and economic suffering in the country in order to bring them to justice.

“As soon as we have accomplished our mission, we expect that the situation will return to normalcy.”

He urged other security forces to “cooperate for the good of our country,” warning that “any provocation will be met with an appropriate response.”