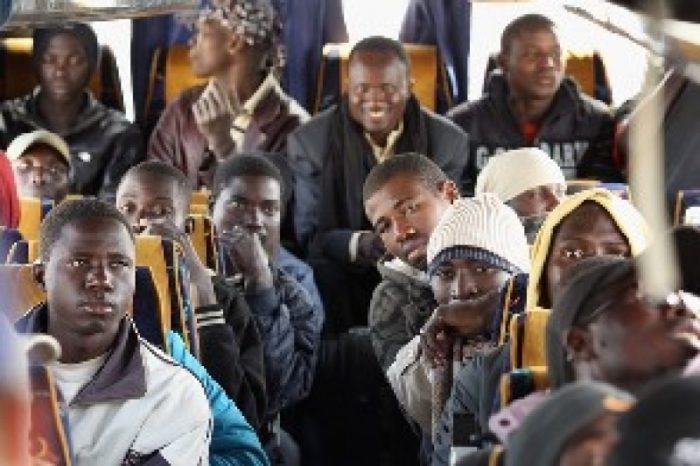 Alhaji Idris Muhammed, the Head of NEMA Territorial Office in Lagos, told newsmen that the agency received the returnees on behalf of the Federal Government.

The Libya returnees arrived in the country few hours after 187 Nigerians returned from South Africa.

Muhammed said the Libya returnees were brought back in a chartered flight, Al Buraq Air aircraft, which landed at the cargo wing of the Murtala Muhammed International Airport in Lagos at about 12:55 a.m.

According to him, the evacuation of this batch of Nigerians from Libya was facilitated by the International Organisation for Migration (IOM) and the European Union (EU) under the Assisted Voluntary Returnees Programme.

“The breakdown of the returnees after profiling indicates that there are 56 adult female including eight pregnant women, three female children and five female infants.

Other agencies involved in the reception of the returnees were the National Agency for the Prohibition of Trafficking in Persons (NAPTIP), Nigeria Immigration Service and the Federal Airports Authourity of Nigeria (FAAN).

Media guru and Entrepreneur, Bolakaale Oba Saad to be honoured with NMNA Award