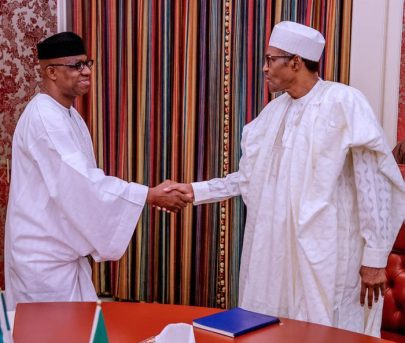 Nigerians have continued to express mixed reactions over Wednesday’s victory of President Muhammadu Buhari at the Presidential Election Petition Tribunal in Abuja.

Some of the respondents hailed the judiciary over the judgment while others expressed their reservations.

Gov. Dapo Abiodun of Ogun, in his reaction, expressed joy over the affirmation of the re-election of the president.

In a statement issued in Abeokuta on Wednesday by Mr Kunle Somorin, the Chief Press Secretary to the governor, Abiodun urged Alhaji Atiku Abubakar, who is the petitioner and the PDP candidate in the 2019 presidential poll, to consider the verdict as the voice of the people.

He further stressed that the development was a victory for Nigerians and democracy.

“I am very proud of the Judiciary. It has again for the umpteenth time demonstrated exemplary candour, courage and integrity on which modern democracies thrive,” he said.

He called on all democrats to support Buhari “who has the divine mandate of God and endorsement of the people to keep leading the country till 2023.”

The Chairman of the Abeokuta branch of the Nigerian Bar Association (NBA), Mr Emmanuel Olu-Alade, also commended “the industry of the judges.”

” The judges have ruled based on the laid down rules of the law of evidence and have not allowed extraneous factors to influence them,” he said.

He commended Atiku for the boldness he had exhibited in presenting his case.

” At least, Atiku has satisfied his conscience and those of his party and supporters who might have exercised doubts over the re-election of Buhari,” he said.