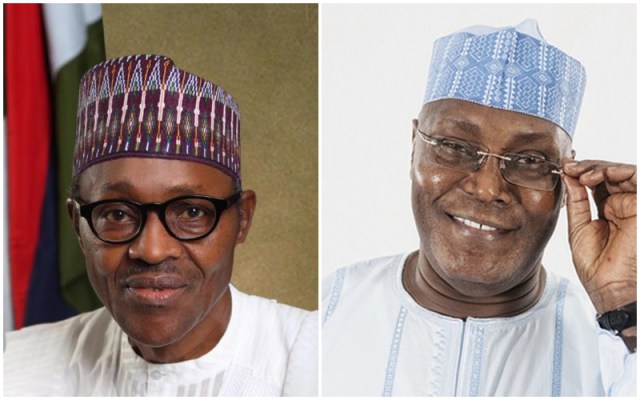 The Chairman of the Adamawa State chapter of the Peoples Democratic Party, Tahir Shehu, has said if given the party’s mandate, former Vice-President Atiku Abubakar will send President Muhammadu Buhari packing from Aso Rock next year.

According to Shehu, Atiku remains the only candidate with the requisite resources to confront and defeat the All Progressives Congress candidate in next year’s general elections.

Shehu said this on Thursday in Yola while announcing the mega ‘welcome back’ rally being planned for Atiku by the Adamawa PDP.

Atiku, a founding member of the PDP, had dumped the former ruling party in 2014 to join then opposition All Progressives Congress.

But his stay in the APC, which eventually ousted the PDP in 2015, was short-lived.

Addressing journalists at the state party secretariat, the Chairman of the Adamawa State chapter of the PDP, Tahir Shehu, described Atiku’s return to the party as a “big catch”.

Shehu added that the return of Atiku, the Wazirin Adamawa, alone into the party, whether he chooses to vie for the presidency or not, was enough to make the PDP reclaim the state.

He said, “Since the time the former Vice-President, Atiku Abubakar, the Wazirin Adamawa, came to rejoin the PDP, Adamawa PDP has made a big catch. But there was never a time we organised any gathering that would ‘ginger’ the region and show the world that, yes, the former Vice-President is from Adamawa. That is why the Adamawa PDP chapter sat, negotiated and discussed and made consultations with all the stakeholders, from the grassroots to the top on the need for a mega rally, preparatory to Atiku’s declaration in Abuja.”

He said the mega rally would hold on Saturday, in Yola.

According to him, the imposition of Mallam Nuhu Ribadu, under former President Goodluck Jonathan, as the governorship candidate of the party, angered many party supporters, who went and worked against the party

“But we are now ready to stage this rally to show that Adamawa is a PDP state after we unanimously agreed to bring back the PDP in Adamawa and Nigeria in general.

“I also assure you that if the PDP gives Atiku the mandate as the party’s candidate, because he remains the only formidable candidate that can confront the APC-led government of President Muhammadu Buhari that has betrayed Nigerians, with killings on a daily basis being visited on Nigerians. I assure them, God willing, he will defeat the incompetent APC government and unite Nigerians again.”

President Buhari ‘Begs’ Bukola Saraki Not To Defect from APC