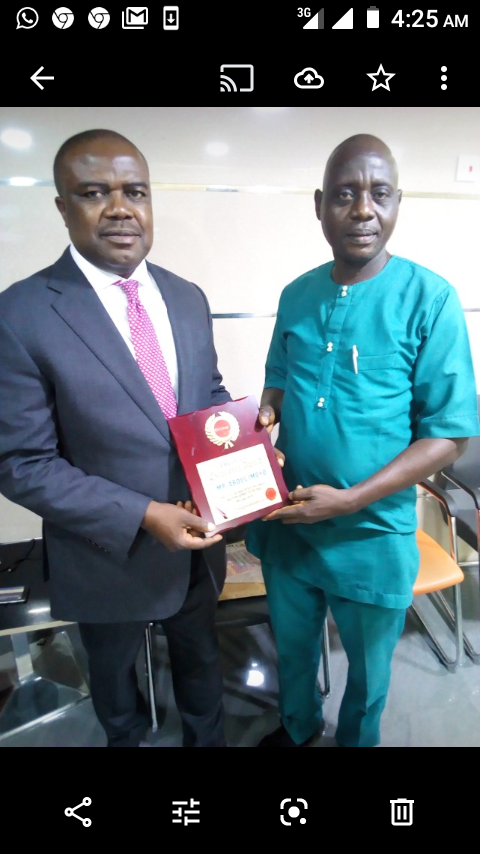 Mr Abdul Imoyo is an exceptionally motivated and enthusiastic public relations professional, with several years’ experience in media and public relations in the private sector. In his current role as PR and Media Relations Manager at the Access Bank Plc, he is responsible for the implementation of the Bank’s short- and long-term PR strategies.
He is an experienced, strong-minded and dependable professional with skills, knowledge and expertise in building relations with employees, clients, media and other stakeholders nationally and internationally having spent about two decades in the Media, Public Relations and Marketing Communications.
Education
Abdul has a degree in Public Administration from the Lagos State University, an MBA (Management) from the University of Lagos, and is a member of the Nigerian Union of Journalists (NUJ).
Career
Abdul began his career at the Vanguard Newspaper in 1994 as a reporter where he spent 8 years covering various editorial beats, rising to become the Deputy Business Editor. In 2002, he joined BusinessDay as an Assistant Editor and Head of the Capital Market Desk. All through his journalism career, he also worked at different times in the Editorial Departments of Independent and Leadership newspapers.
Being a seasoned media practitioner, he joined the United Bank for Africa Plc in 2010 as a Senior Media Relations Officer working closely with the Director, Marketing and Corporate Relations, to develop and maintain a proactive media relations program.
Since August 2014, he has been PR and Media Relations Manager of Access Bank Plc.
His flair for strategic communication and sustainable public relations practices has seen Access Bank receive a lot of associated accolades which have positioned the Bank as a leader in corporate citizenship. Considering his impact in ensuring that the Bank maintained a healthy relationship with the media and other stakeholders, he won the ‘Most Resourceful Corporate Affairs Manager of the Year’ Award at the 10th edition of Nigerian Media Nite Out Awards 2016.
Personal
Abdul works and lives with his wife and 3 children in Lagos.

Buhari will take 100m Nigerians out of poverty, says Osinbajo

We have no interest in leadership tussle rocking RTEAN, says Lagos Govt