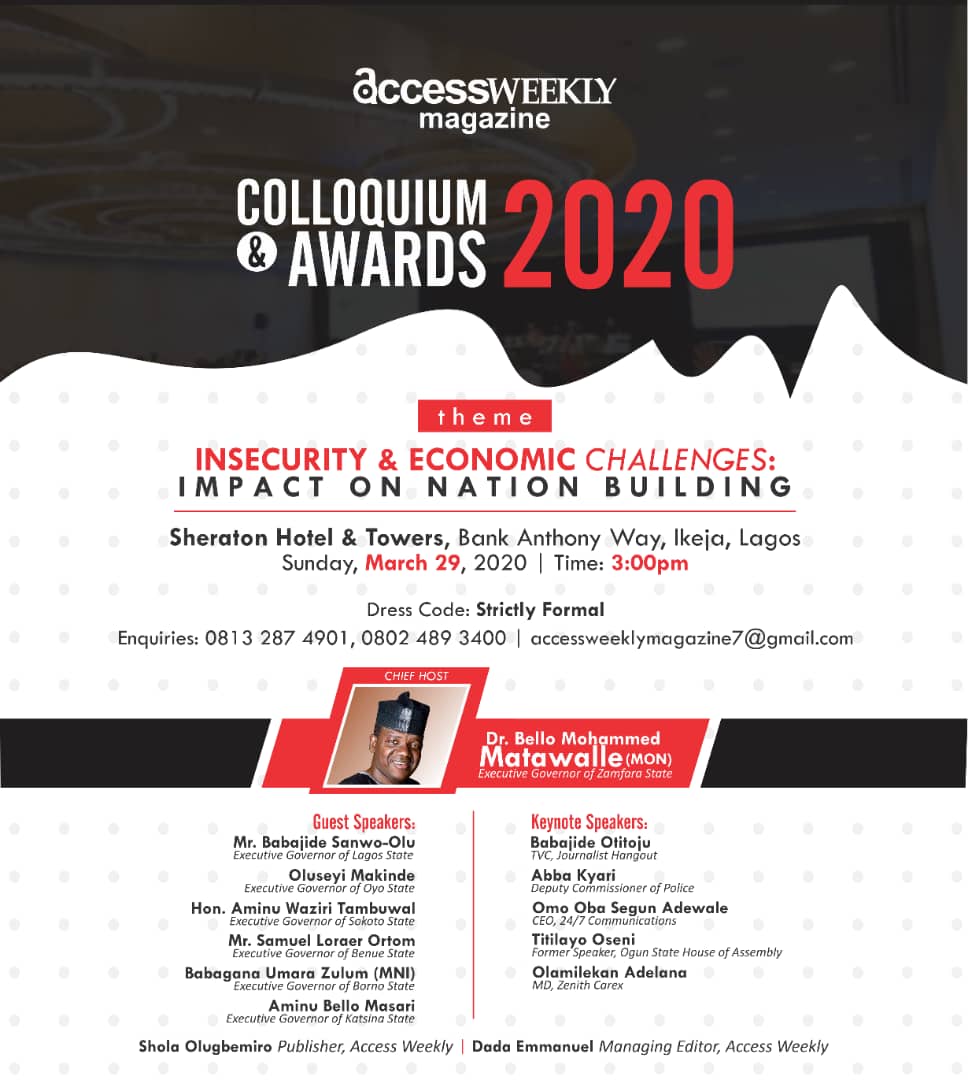 All is set for 2020 edition of Access Weekly Magazine Colloquium and Award slated for Sunday, March 29 at Sheraton Hotel and Towers, Ikeja, Lagos. Our investigation revealed that the much awaited event is going to be glamorous as the dressing code is formal.

According to the statement made available to this medium by Mr. Shola Olugbemiro, Publisher, Access Weekly Magazine, theme for this year event is “Insecurity and Economic Challenges: Impact on Nation Building, while number of notable speakers have been lined up for the event.

Meanwhile, it was gathered that top celebrities, technocrats, top politicians, entrepreneurs and professionals are all set to grace the event.