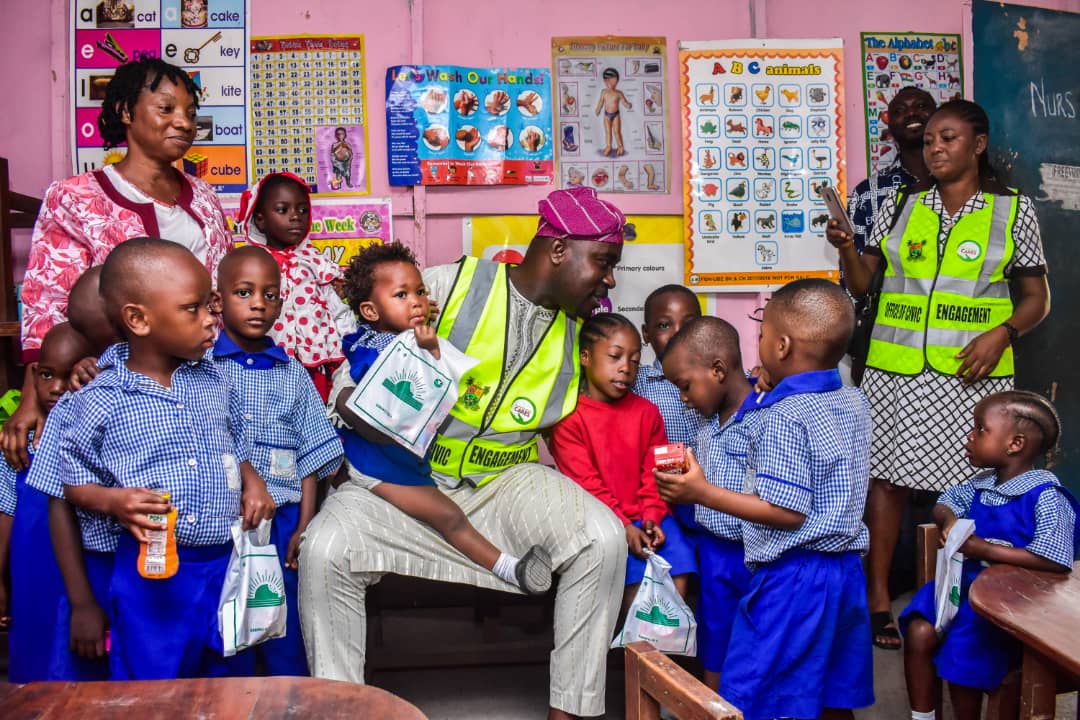 He assured the students of keeping his campaign promises by continuous free holiday coaching which kicked off in August/September 2019.

Prince Akiolu made the visit to the school in his constituency as the house observe its break till January 28.

The member representing Lagos Island II since 2019, plans to provide some basic school provision for the school children. He asked them to suggest what they need in their schools and what would make their learning experience a joyous one.

Some of the proposed items needed were – schoolbooks, stationeries, computers. He assured the pupils on his already in motion plans to provide free laptops to schools.

As he made plans to leave the classroom, a student held his hand and whispered, “sir please we need toilet,” Hon Kayode made known of his quick observation on the happenings of the school and promised to get a quick solution.
The head teacher also shared her concern about the lack of First Aid Box in the school, Hon Kayode immediately instructed his team to deliver a First Aid Box.

The pupils of Araromi Baptist Nursery and Primary school and Ereko Methodist School were in high spirit as they thanked and praised the Governor of Lagos state..