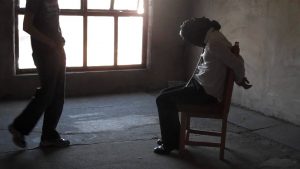 Another professor at the Moddibo Adamawa University of Technology (MAUTECH) has been kidnapped.

This is the third time kidnappers would pick a professor at the university in less than three months.

A family source said Wednesday that Kayode Shogbesan, a Professor of Fishery, who is also a pastor with the Redeemed Christian Church of God, Yola, was abducted on Tuesday night.

He was kidnapped around the University, located in Girei, headquarters of Girei Local Government Area, near the state capital, Yola.

The state Police Public Relations Officer, DSP Sulaiman Nguroje, said the professor was kidnapped as he was returning home from office between 8 and 9 pm on Tuesday.

Kidnapping has continued to increase in Adamawa in recent weeks and months.

That same Tuesday, December 17, five members of a family were kidnapped in Ganye, headquarters of Ganye Local Government Area of Southern Adamawa.

MAUTECH professors have been particularly haunted. It had been Prof Felix Ilesanmi of Department of Urban and Regional Planning who was kidnapped last month, November 15.

Felix Ilesanmi, Professor Adamu Zata of Soil Science had suffered same fate on September 30. It was the second time in exactly one year that Professor Adamau Data would be kidnapped after his first experience in October 2018.