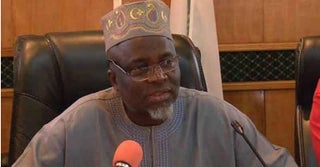 The Joint Admissions and Matriculation Board on Wednesday alleged that some fraudsters had perfected plans to tamper with the CCTV cameras in some centres for the forthcoming Unified Tertiary Matriculation Examination.

It also said it would collaborate with the Computer Professional Council of Nigeria to monitor the conduct of its forthcoming Unified Tertiary Examination at various centres across the country.

The JAMB Registrar, Prof. Ishaq Oloyede, stated this during a meeting with Computer Based Test Centres’ operators, technical advisors, MTN, Airtel, Galaxy backbone and other stakeholders in Zaria, Kaduna State.

Oloyede said the collaboration with the Computer Council was to pay particular attention to its Close Circuit Television cameras during the UTME to avoid being tampered with.

The move, he said, was part of efforts by the board aimed at checking examination malpractices, which he said, was becoming worrisome during the UTME.

Oloyede, a former Vice-Chancellor of the University of Ilorin, explained that measure became imperative because some unscrupulous Nigerians had perfected plans to tamper with the CCTV cameras mounted in the various designated CBT centres in order to cheat.

This, he argued, would not augur well for the nation’s education sector if allowed.

Oloyede, who noted that the board was aware that some centres’ CCTV were being tampered with, pointed out this was being done in connivance with some of the board’s technical staff to aid cheating during examination.

Stating that though stamping out examination malpractices was a Herculean task, he said the board was determined to reduce sharp practices of any form during the UTME to its barest minimum.

He said he was optimistic that with the current effort by the board, prospective undergraduates who deserved admission would not be short-changed.

Oloyede said, “The Computer Professional Registration Council of Nigeria should help us to pay particular attention to CCTV.

Meanwhile, the JAMB boss has said the national identification number would henceforth be a precondition for registration for the UTME in the country.