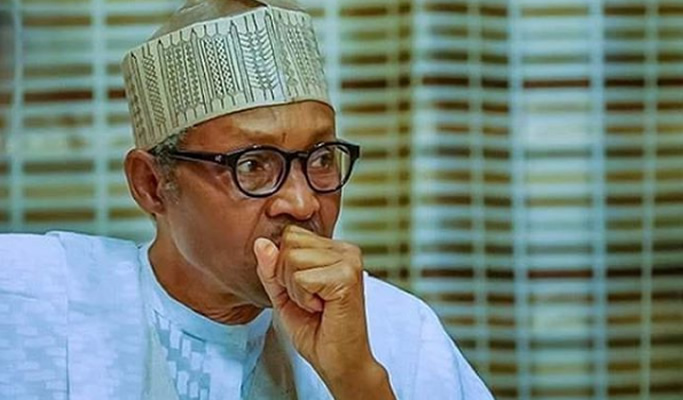 Youths from Benue state under the umbrella of Benue Youth Forum has queued behind Governor Samuel Ortom of Benue state towards the move by members of the National Assembly who have taken a bold step in waking President Muhammadu Buhari up from slumber.

A statement made available to Security Monitor which was signed by Terrence Kuanum, President of the forum stated that Governor Ortom who has become the face of patriotism and nationalism in Nigeria didn’t mince words in reiterating his position that President Buhari has performed below the expectations of Nigerians especially in solving the security and economic challenges facing the country.

The Governor’s commendation to the PDP caucus members of the Senate and House of Representatives and from other opposition parties move to impeach the President is to rescue Nigeria from the destruction he has taken the country”, Kuanum said.

The youth leader added that “being a patriot himself, Governor Ortom sees the move as “patriotic” and applauded the PDP caucus and their colleagues in the National Assembly for doing what he described as the “right thing”, without striving to be politically correct”.

“As usual, Governor Ortom has seen what others have refused to acknowledge. The Governor has led the crusade to let Nigerians see the need to support the National Assembly members without recourse to primordial sentiments. The fearless Governor deserves accolades as he keeps moving while others follow”.

The youths noted that the threat by the Senators and House of Representatives members from different political platforms couldn’t have come at a better time. That the terrorists have captured almost the entire northern Nigeria and are closing in on Abuja, the seat of power calls for concern.

According to Benue youths ” it is even more worrisome that the President and Commander-in-Chief of the Armed Forces is either overwhelmed or uninterested, while the military seem helpless even as their formations and operatives have become major targets of the merchants of death who are having a field day feasting on the blood of Nigerians”

The youth group maintained that the National Assembly members from the various parties, led by Senate Minority Leader, Philip Aduda have refused to be cowed by the ever-docile leadership of the Senate who are clearly suffering and smiling is commendable.

“Only those who don’t wish Nigeria well would fold their arms and watch as terrorists capture Nigerian territories, foist flags, abduct Nigerians, collect taxes from the people with little or no challenge”.

Kuanum commend the Nigerian Armed Forces and other security agencies for their efforts in fighting insecurity, we sympathise with those who have lost loved ones in the battle to protect us.

“We also pray for the repose souls of those who paid the supreme price facing those clearly sponsored terrorists”.

The Benue Youth Forum therefore calls on President Buhari to brace up to the challenge of handing over a better and secured Nigeria to wheoever would succeed him, even as he has already failed and is likely to achieve nothing more in less than a year if he could do this bad in seven years.

“We also called on Nigerians to throw their weight behind the patriotic members of the National Assembly as they embark on that bold move to compel the President to be responsive and responsible for once. We equally urge Governor Ortom to keep standing by the truth and providing leadership in matters that concern national unity and peace”.