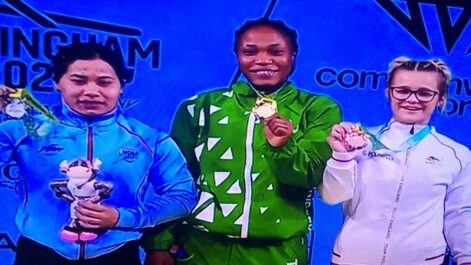 Weightlifter Adijat Olarinoye beat others in the women’s 55kg category to win the first gold for Nigeria at the 2022 Commonwealth Games.

By the victory, she sets a new Games record on Saturday.

Olarinoye lifted 92kg in snatch and 111kg in clean and jerk, making 203kg in total to set a new Games record in the category.