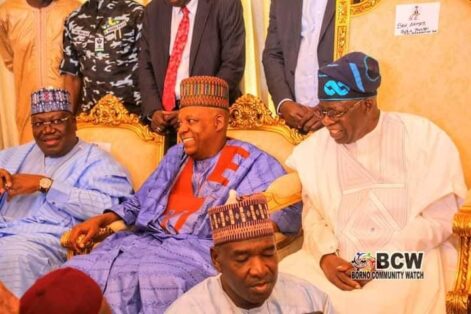 Lawan, Shettima and Tinubu at the wedding

Maiduguri was agog on Saturday as the Presidential candidate of All Progressives Congress (APC) Asiwaju Bola Tinubu led other dignitaries to attend the wedding ceremony of the daughter of his running mate Kashim Shettima. 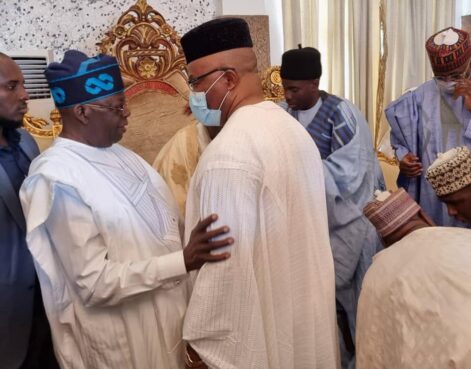 Tinubu and Akpabio at the wedding

The presidency was represented at the wedding by President Muhammadu Buhari’s Chief of Staff, Ibrahim Gambari and National Security Adviser, Babagana Monguno. 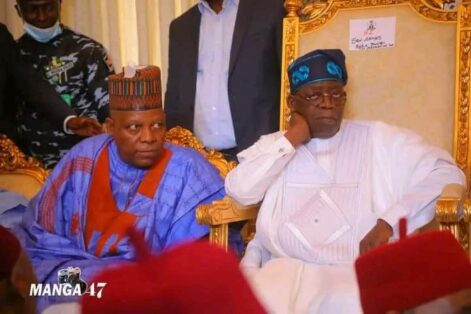 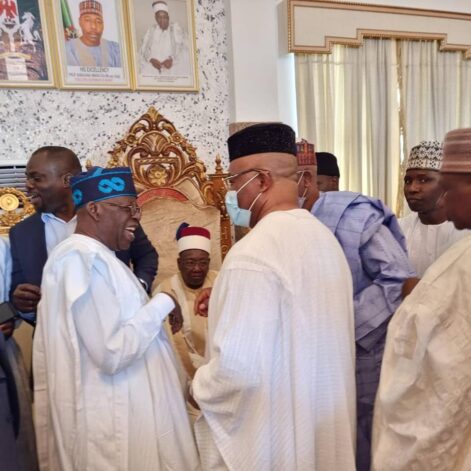 The APC presidential candidate and Shettima

The marriage rites were conducted at the Shehu of Borno’s Palace where the bride, Fatima was represented by Gov. Zulum of Borno, while the bridegroom, Sadiq Ibrahim, the son of former Minister of FCT/Abuja, Ibrahim Bunu, was represented by former Governor of Bauchi, Ahmadu Muazu.