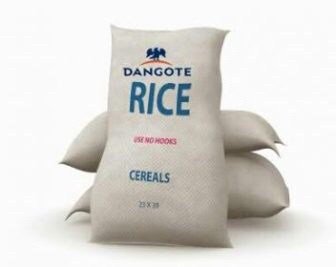 The mill with capacity to process 16 metric tons of paddy rice per hour, when completed will in a year process paddy rice worth N14 billion bought directly from the famers in Jigawa at market rate.

Speaking at the ground breaking ceremony in Hadin, Kaugama local government area, Dangote said the commencement of the construction of the integrated rice processing plant was the culmination of series of events which began with the signing of a $1billion agreement with the federal government for the integrated rice production in Kebbi, Sokoto, Zamfara, Kano, Niger and Jigawa.

“We have continued to pioneer new approaches to empowering our primary stakeholders and our farmers, through the Dangote outgrowers programme thereby creating thousands of jobs, increasing incomes poverty reduction in rural communities by providing high quality agro-inputs, technical support and secured market for farmers. Also, creating access to finance, mechanization and irrigation services so as to enhance agricultural productivity.”, he stated

Recalling that the Dangote Rice limited started the outgrowers scheme in 2016 with thousands of hectares of land  in Hadejia, Jigawa state, creating over 10,000 jobs (direct and indirect) to farmers, the business mogul said with the new ultra modern mill enough paddy rice will be grown and harvested for processing.

According to him, the mill which will take only months for installation and commissioning is the first in the series of five other mills coming up in Kano, Sokoto, Zamfara, Kebbi and Niger States in the first phase, while in the second phase, other mills will be built in Nasarawa, Kogi, and other states.

Said he: When these planned six mills come fully on stream, we will achieve a capacity of seven hundred thousand metric tons per annum of Par boiled rice, which will make Dangote Rice the largest rice producer in Africa and will make a bold step in making Nigeria self-sufficient in Rice production, stop importation Nduka save the nation foreign exchange ”

Dangote stated further that towards co-creating value for all stakeholders, the company has engaged about 20,000 out growers who are expected to produce an average of 180,000 tons of paddy rice on about 30,000 hectares of land. “We are focused on engaging in the region of 300,000 farmers in the next 12 months when our rice mills are all functional and we achieve steady state.

“We will continue to launch massive agricultural projects across the country in rice and dairy farming. Our push for backward integration in providing our own raw materials on a massive scale has led to the planned investment of $4.6 billion over the next three years in sugar, rice and dairy production alone. That will eliminate the country’s reliance on imported materials, and the foreign exchange headaches that comes with it.”

In his opening remarks, the Dangote Group Executive Director, Devakumar Edwin explained that the Dangote Rice team has been involved in scaling up the outgrower operations to a least 5,000 hectares this season and this will very soon increase and grow to over 15,000 hectares cultivated per cycle or season to fully optimise operations.

He said the establishment of a Multi-billion Naira state-of-the-art integrated rice processing facility to process at least 260 metric tons of rice paddy per day grown which is produced from thousands of local rice out growers within Jigawa state is a giant step forward and expresses his company’s confidence and faith in local farmers to continuously stand with Dangote to make this project a success.

Located on 25 hectares site in Hadin, Edwin noted that the mill is earmarked to begin operations in the last quarter of 2018. “During the construction phase and when it becomes fully operational, hundreds of employment opportunities will be created, knowledge transference and skills developed among our teeming youthful population thereby boosting local economy.”

According to him, “the Jigawa famers are in for a good times as the 125, 000 metric tons of paddy rice that this plant requires for processing will be brought from the farmers of Jigawa for an estimated purchase price of N14 billion per annum. This is a huge benefit for the farmers in Jigawa. This mill will be producing high quality parboiled rice that competes with the best in the world this is in-line with our continuous aim to touch the lives of millions who believe in the Dangote brand.

“Jigawa State is endowed and blessed with vast fertile land, water resources, climate and progressive people, as well as one of the fastest growing agricultural destinations in Nigeria, was identified as an ideal location for us to set up our first facility in Nigeria. This obviously reinforces our commitment to supporting the efforts of the present administration in developing a robust agro-industry in Nigeria.

“We made commitment to Nigerians that we will produce 1 million metric ton of quality par boiled rice. Since then we have embarked on several initiatives towards achieving this objective with support and collaboration from state and federal government agencies, ministries and departments, non-governmental organisations, community based organisations, traditional and financial institutions, etc., we continue to pioneer new approaches to empowering our primary stakeholders and our farmers, through the Dangote outgrower program thereby creating thousands of jobs, increasing incomes, poverty reduction in rural communities by providing high quality agro-inputs, technical support and secured market for farmers.”

Jigawa State governor, Alhaji Abubakar Badaru expressed delight at the stage of the Dangote Rice project in the state saying it was in line with the vision of the Invest Jigawa, an organ set up to accelerate investments in the state.

He said Jigawa is one of the States reputed to be on top on ease of doing business in Nigeria saying the Dangote Rice presence in the state is a pointer to the fact. He added that the state is also in the forefront of the diversification efforts of the federal government from oil to non oil ventures especially agriculture.

He promised that the state will be willing to do whatever it will take to ensure the Dang9te rice operate smoothly to the satisfaction of .all parties in the state.