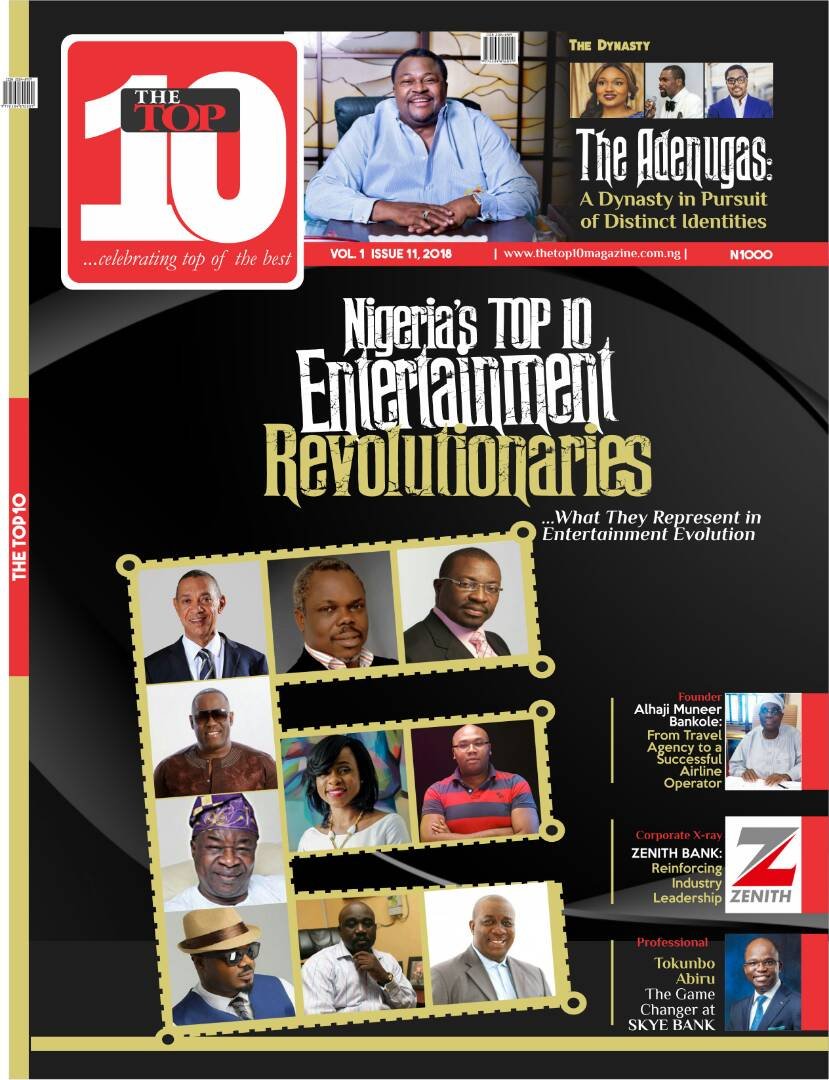 Leading the list are entertainment magnate, Ben Murray Bruce, Founder of the Silverbird Group popularly referred to as the godfather of entertainment in Nigeria, Atunyota Alleluya Akporobomerere popularly known as Ali Baba, the godfather of comedy in Nigeria and the founder and president of Hiccupuray3rd, Bolanle Austin-Peters founder and CEO of Terrakulture (a Private Theatre), Jimmy Adewale Amu popularly known as DJ Jimmy Jatt, CEO, DJ Jimmy Jatt Studio who revolutionized DJs and transformed it into a mega business in Nigeria and Opa Williams, CEO, Opa Williams Production, credited with pioneering standup comedy shows with the creation of Nite of a Thousand Laughs which opened the door for today’s booming comedy shows in the country.

Others are, Wale Adenuga, founder of Wale Adenuga Production and PEFTI Film Institute popularly known for his flagship  TV programme, Super Story, Kenny Ogungbe, CEO and Founder of Kennis Music, the producers of Primetime Music programme on radio and television and founder of Kennis FM Radio Station, Zeb Ejiro founder of Zeb Ejiro Production, one of the renowned pioneer brains behind the Nigerian Movie Industry, Tajudeen Adepetu founder/CEO, Sound City and ONTV who led revolution in music video compilation on television and Jason Njoku, founder & CEO of IROKO Partners (Internet Protocol television (IPTV) the largest distributor of Nigerian entertainment (movies and music) online.
Mr. Tony Iji,  publisher of  The Top10,  said in a release that, “In line with our tradition of celebrating 10 leading lights in every sector of the society, this edition of the magazine   focuses on the top 10 entertainment personalities who played key roles in revolutionizing the industry”.
He said that the list of the top 10 was arrived at from the list of 46 nominees, made up of leading entertainment personalities who have played key role in the evolution of the entertainment industry in Nigeria. He said the major criteria for selection were pioneering role, investment in infrastructure that sustain the industry, grooming and mentoring efforts and Sustainable legacies  etc. Mr. Iji stated that one unique aspect of this particular edition is that unlike before, the selection process of the top 10 list was subjected to voting by members of the public. This is in line with the magazine’s new selection process of opening up the selection process to members of the public.