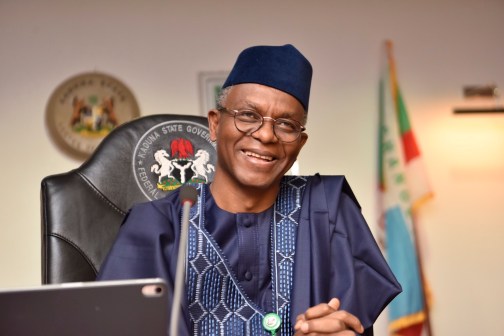 The Kaduna State Government led by Governor Nasir El Rufai on Friday prayed a Shari’a court sitting at Rigasa, Kaduna to grant her custody of two children who were allegedly sexually abused by their biological father.

Hafsat Mohammed-Baba, the Commissioner of Human Services and Social Development, made the prayer in a meeting with the judge, Dahiru Bamalli over a recent controversy on the court granting custody to the accused.

According to the News Agency Nigeria, NAN, one Fatima Muhammad had filed a suit against her husband, Muhammad Isah at the court, accusing him of having canal knowledge of their two underage children.

The complainant also took the matter to the police criminal investigation department while the matter was still in court.

The case had generated controversies and misinterpretation by members of the public.

The judge had adjourned the case to Feb. 26, for the continuation of hearing.

However, the commissioner said that Gov. Nasir El-Rufai wants the children to be under government custody.

” It is our responsibility to protect and safeguard children; we are not involving ourselves in court matters as we support the judiciary and whatever decision it takes.

” We apologise to the judge for any misunderstanding because we know he is a man that protects the rights of women and children; we urge him to be just and fair in dealing with the case”, she said.

On his part, the Judge said that the court was in the process of investigating the matter and would not convict any accused person without proof and evidence.

He said the complainant had failed to present herself in court for three adjourned dates after filing the case against her husband and later took the matter to police which was unconstitutional.

“The village head of the area she was residing with her daughters came to the court to complain about the mother’s attitude of locking the children up in a room from morning till night.

” I sent my court officials to check on the children and they confirmed they had been locked up in a room.

“They waited for the mother to return but she never did and I gave them order to break the door around 10:09 pm and keep the children with the village head till morning.

“So I ordered for her arrest for neglecting the children from morning till night and when asked why she was not in court she told the court that one Imam Kahamis Al-misry had told her not come to court and advised her to take the matter to the police”, he said.

The judge said he later gave an order that the accused mother or sisters should temporarily keep the children under the condition that they bring them to court on the next sitting.

He explained that he took the decision because the complainant had been threatening to collect the children from the village head.

Bamalli stated that the complainant later filed a petition against him, claiming that he had ordered her arrest and did nothing to her husband whom she accused of defiling their children.

He noted that a test result of one of the daughters who is 8-years-old carried out by Yusuf Dantsoho memorial hospital and signed by one Dr. Ayuba Patience was attached with the petition.

He explained that the result read as thus” on examination, there is no vagina laceration, no bruises, no tenderness hymen perforated.

The judge commended the governor for intervening into the matter in order to know the truth, adding that the government prayers for custody would be looked into by the court.

Meanwhile, a traditional leader in Rigasa, Muhammad Kabir-Yahya, said they were happy with the commissioner’s visit as it had given them the opportunity to hear the court’s side of the story.

He urged members of the public to stay calm and await the ruling of the court on the matter.

NKANANG: THE DEPARTURE OF AN INSPIRATIONAL TEACHER