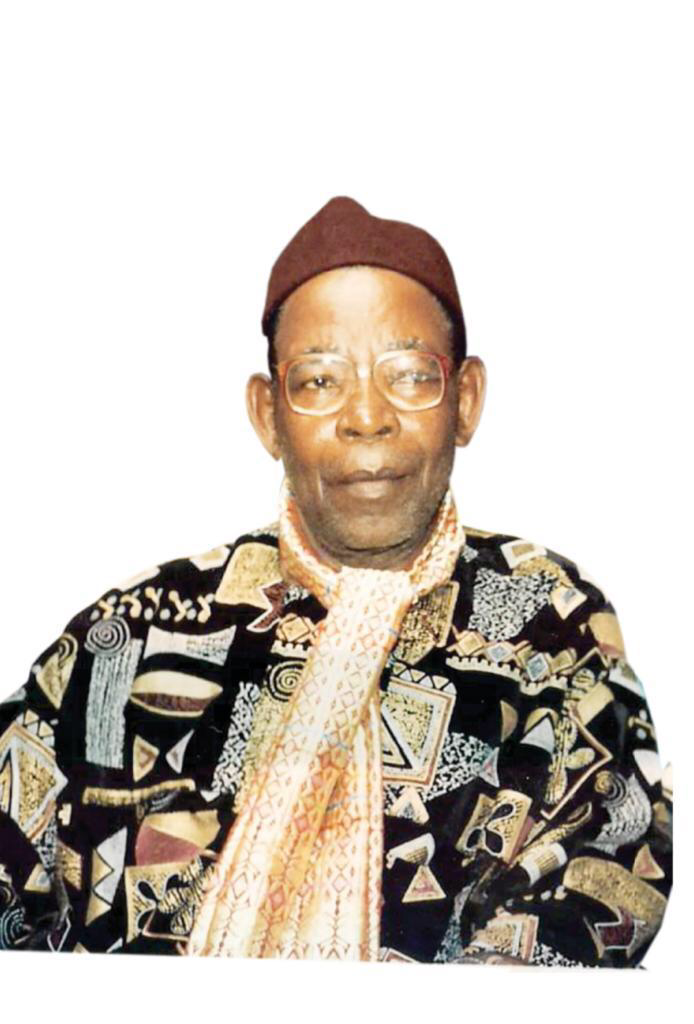 “The murky waters of politics?” This rhetorical question summed up Elder Gabriel Emmanuel Nkanang’s laconic response in 2013 to the information that there were plans for his son, Udom, to be appointed the Secretary to the Akwa Ibom State Government. A few years earlier he had undertaken the painful duty of the internment of his beloved wife and the void created by her departure was still palpable. Then came the concerning news that his son was about to take a dip in what he considered to be murky waters. Politics was not his forte, as a matter of fact he  had grown to frown at it. Even more bothersome, his son stepping into politics meant stepping away from the comfort and security of his blue chip job as an Executive Director of Zenith Bank. A job which, by his estimation, did not pose as many challenges and vicissitudes as the one he was about to step into.

In retirement, God had blessed Nkanang with the fulfilling spectacle of watching his six children (four sons and two daughters) blossom like trees planted by the riverside. Even more pleasing to him was that they were flying the family banner of integrity and honor in their different careers and people spoke well of them. A man who gave his life, spirit and heart to teaching and to serving God, Teacher Nkanang believed that God had justified the scripture that the children of the righteous cannot beg for bread in his family situation. It was in consideration of this righteous heritage that he thought that stepping into the turbulent waters of politics was antithetical to the basic precepts and values of the family he had nurtured in righteousness as the patriarch.

Elder Nkanang, who passed on in December, 2019 at the ripe age of 90, need not have been worried. His son resolved his fears by explaining and promising him that he would maintain the family honour in his work as the Secretary to the State Government and in politics. He informed the septuagenarian that if the need were to arise, he would quit politics and return to his first love – banking. Udom Gabriel Emmanuel would go ahead to acquit himself creditably as the Secretary to the State Government and, thereafter, got elected the Governor of Akwa Ibom State. Elder Nkanang lived long enough to have his initial fears supplanted by pride in his son’s sterling performance as a governor.

What was his reaction when his son was elected governor in 2015? Ekerete Emmanuel, his fourth son and immediate younger brother of Udom, broke the news of Udom’s election to Elder Nkanang: “You are the proud father of the Governor of Akwa Ibom State!” Nkanang did not betray the kind of excitement you would expect of a father receiving such great news. He smiled and said that he had brought up his children to be leaders and he was not too surprised. He said there was a leadership gene passed on to his children from his bosom noting that in his life he was always sought after to lead and he expected his children to lead and lead so well that God will be glorified and man would be satisfied.

Nkanang turned the last page of his storied life of service to mankind by asking to be dressed up in his best cloth at bedtime. He did not wake up the next morning – or to adjust that slightly, he woke up on the other side of eternity. It was a surprise that he did not opt for his usual pajamas that fateful night. It appears that he dressed up to breath his last and make it easier for his remains to be handled. Taken holistically, Nkanang was a man who paid great attention to detail in his life – and he appeared to have also paid great attention to detail in his death. “He would  record the mileage of his motorcycle when leaving the house,” Gabriel, his first son, explained. So tucking himself into this best wear before embarking on an eternal journey to meet his Creator followed the pattern.

Nkanang was born on Monday, May 27, 1929, into a very pious Christian family. Six months after his birth, Nigeria suffered a national calamity when women in the eastern part of the country rose up in arms against the unfair Indirect Tax imposed by the British Colonial Administration. The uprising which is christened in history books as “the Aba Women Riot” claimed the lives of not less than 50 unarmed, hapless women. It actually occurred in the part of the world where Nkanang was born. As he woke up to his world, the rumbles of war shook the entire world as Hitler’s Germany began the preparation for another World War. When he was ten years old, the Second World War began in Europe and Nigeria joined the war on the side of the British Empire. But the strong Christian values of his family insulated him from the effects of war and crisis and he would remain a man of peace for the rest of his life. Not even the Nigerian Civil War which happened when he was in his 30’s could derail his peaceful disposition.

A brilliant student, he was offered instant employment as an auxiliary teacher after his Standard Six Examination. He set his sights on more academic accomplishments and obtained the Royals Society of Arts certificate.  He gained admission to the institution which later became the University of Ibadan but lost his father the same year. A man who placed family before all else he  sacrificed the admission for his family and, as the first born, stepped into the role of a father.

Teaching was not just work for him, it was a calling. He went out of his way to bring wayward children to his home and turn their lives around with prayers, instruction and counsel. “We used to have a lot of people in our house, it was more like a correctional centre. At a point we used to have about eight additional children in our house,” Gabriel, the first son, recalls.

The most dreaded school subject in those days was the almighty mathematics. But Nkanang had a way of teaching mathematics which simplified it and won it a lot of fans. “When my father teaches you mathematics, you cannot fail to like it,” Sylvia, his first daughter, enthuses. Others like Ekerete Udoh, the Chief Press Secretary to the Governor, and Aniefiok Udonquak, confirm how Teacher Nkanang’s approach to mathematics and his love for his pupils impacted on their lives. They described him as a quintessential teacher who was an inspiration to all his pupils. Udoh recalls how he used to insist that all pupils should come to the school assembly every morning prepared to share at short notice. “It kept us on our toes and he even asked me to share once and though I almost pissed in my pants, I ended up doing a pretty good job,” Udoh says with a laugh.

Teacher Nkanang was also a missionary who went about establishing churches and schools all over the country. Where it became imperative, he would sponsor and support the missions he had established. He had an obsession with bringing education to everyone. Confronted with a geographical barrier at Nkan Ide and Ikot Idem Udo communities where a stream separated the two communities, he single-handedly constructed a make-shift bridge so that children would not have any reason not to go to school.

Teacher and Elder Nkanang who now belongs to folklores, fables and legends exchanged banters and pleasantries with everyone and went to bed with a smile. Like the American musician and songwriter, Jordan Smith, says, “When you were born, you were crying and  everyone around you was smiling. Live your life so that when you die, you’re the one who is smiling and everyone around you is crying.” This sums up the life and time of Teacher Nkanang who left the world smiling and everyone crying and praying that God will send to this world more men like this great and inspirational teacher.

(Pastor Ukpe is public affairs commentator based in Uyo.)