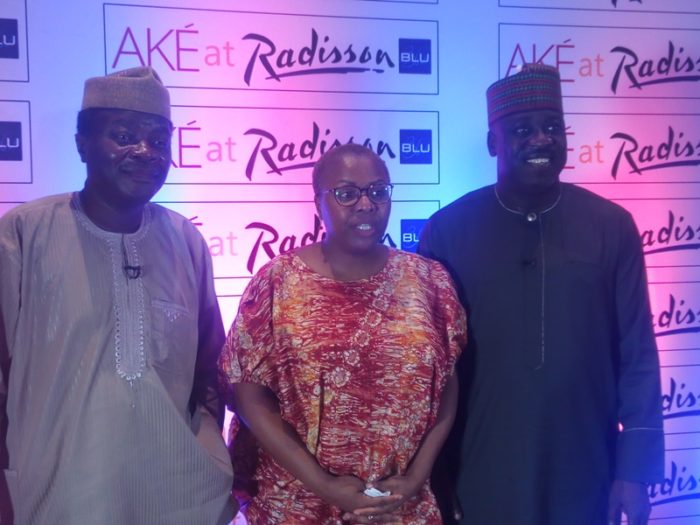 The National Public Secretary, All Progressives Congress, APC, Bolaji Abdullahi has said that incessant herdsmen killings in Benue and other parts of the country are destructive to the party’s 2019 presidential ambition if not dealt with decisively.

Abdullahi spoke on Thursday night at the reading of his book, “On A Platter of Gold,” held at the Radisson Blu Hotel, Ikeja, Lagos, Southwest Nigeria.

The anchor man, Kunle Ajibade, Executive Editor, The NEWS/PM News has asked Abdullahi on his take on the herdsmen crisis in the country and its implication on the administration of President Muhammadu Buhari.

He said the APC was worried about the negative consequence herdsmen killings was having on the party and President Muhammadu Buhari’s administration.

“We are worried with the way herdsmen kill people and we know it has the potential to affect our political fortune if we don’t deal with it decisively with the way we dealt with Boko Haram. If we fail to do that, we also know the consequences because we had a recent experience.

“The significant part of it is that even as we speak, there are also interpretation of what is going on regarding the herdsmen that approximate closely the interpretation President Jonathan was being given about Boko Haram; you will recall that some people said what happened in Benue was communal clash, some said it was Ortom who had some militias and refused to pay them and it was the militias who turned their weapons against the people,” he said.

Abdullahi said in as much as he could not speak for the president, it was frightening to hear people’s diverse view on the herdsmen issue, adding that the interpretation being given on the matter had grave consequence on the party in 2019.

“I don’t speak for Buhari but for the party. It is frightening for us to hear this, at the party level, we are having conversation, that we want to see the president and tell him that this interpretation you are being given is potentially destructive to our party and your own position as the president and potential candidate of the party,” he added.

He said the responsibility lied on the president to take decisive action on the matter and was hopeful that the herdsmen killings would be nipped in the bud.

Ajibade also asked Abdullahi why Buhari had not visited Benue since the incident occurred, but he defended the president, saying that “we don’t know the information the president has and we don’t know what the security people are telling him. When you are in power, you are being held hostage.”

Abdullahi, however, said the APC was optimistic that the herdsmen challenge would be solved as it was the responsibility of the APC-led federal government to nip the crisis in the bud, but warned that people should have to be less inflammatory about the issue on ground.

He further said if the way to solve the herdsmen killings was to set up cattle colonies, such move should be embraced by Nigerians rather than playing the role of critics.

Also, Ajibade asked Abdullahi whether his book, “On the Platter of Gold” was written to avenge his sack by former President Goodluck Jonathan in 2014, but he said it had nothing to do with that.

He explained that the story of his sack by Jonathan was very interesting and went on to narrate the experience. He said during the campaign in Ilorin, the president wanted him to deliver a speech condemning the now Senate President, Bukola Saraki knowing full well that Saraki was his mentor.

“I said no and it is not because I am loyal to Saraki that I said so, but I will do it for everybody I have relationship with. To ask me to be the one to abuse him, no way. I take it to be hypocritical of me to stand for something and not get the repercussion. There was no bitterness at all with Jonathan or to get at somebody. Anybody reading this book will be looking out for vengeance words, but I tried to be objective,” he stated.

On why he wrote the book, Abdullahi said he felt it was a significant moment in history because it was the first time a sitting president was unseated in Nigeria, adding that he was uniquely positioned to write the book.

“I was uniquely positioned because of the access and opportunity I had. I felt we needed to capture that historic moment. It is not about revenge,” he said, adding that the reaction by the Jonathan’s camp that what were written in the book were tissues of lies did not hold water.

He said  Reno Omokri’s reaction, who claimed to be speaking for Jonathan, on the book was out of place, adding that at the time Reno was making that statement, he had not read the book.

“Reno was not speaking for Jonathan because he was not an aid to Jonathan, he was the special assistant to the late special assistant to Jonathan, Oronto Douglas. But a meeting was held after the election where people tried to get Jonathan to counter the statement he made conceding victory to Buhari. I mentioned names in the book and none of them has come forward to say they did not attend the meeting,” he said.