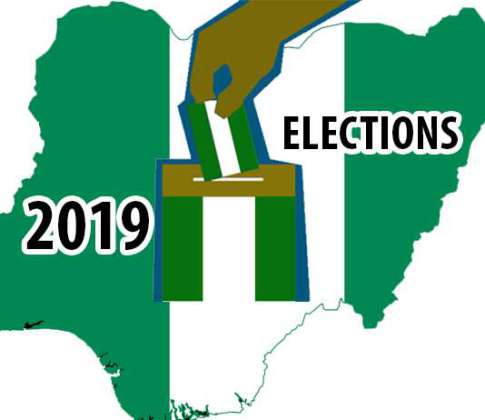 ABUJA: As political parties roll out their timetables for the conduct of primaries to pick candidates for the 2019 elections, there is heightened tension in many parties, following a fierce survival battle between state governors and members of the National Assembly.
Central to the clash is the ticket of the parties to the Senate and House of Representatives with some governors believed to have propped up other party members to challenge current members of the NASS seeking re-election.
The unfolding scenario coincides with frenzied moves by the All Progressives Congress (APC), Peoples Democratic Party (PDP), African Democratic Congress (ADC), Social Democratic Party (SDP) and the Action Democratic Party (ADP) to make logistic arrangements for the party primaries and national conventions.

The APC, PDP, ADC and the ADP have released their individual timetable for the conduct of primaries and conventions.

While ADP will hold its National Executive Committee ((NEC) on Thursday this week to take a final decision on the conduct of primaries and convention,  PDP held its own meeting on Saturday barely four days after SDP reportedly held a similar meeting in Abuja.

The battle for senatorial seats in Ogun State may be fierce in two of the three districts in the state, Ogun East and Ogun Central.

The Senator representing Ogun East, Prince Buruji Kashamu, is reportedly nursing a gubernatorial ambition, though some say he might settle for a return ticket if re-admitted into the PDP.

However, loyalists of former governor Gbenga Daniel have flooded the social media with images of his senatorial ambition, albeit he has not made a pronouncement on whether he will run or not.

The fiercer battle may be witnessed in Ogun Central district where the incumbent, Senator Lanre Tejuoso is re-contesting.

The Secretary to the Ogun State Government, Mr Taiwo Adeoluwa, who is believed to have the support of Governor Ibikunle Amosun, will slug it out with Tejuoso.

The cold war between Governor Rotimi Akeredolu and the Senator representing Ondo North, Professor Ajayi Boroffice has thrown the ticket up for grabs, though the Senator has been preparing for the battle in a number ways, including voicing his preference for direct primary as stated by the party.

A former speaker of the state Assembly, Victor Olabimtan, who is a close confidant of Akeredolu, has been warming up to displace Boroffice for the party’s ticket.

In Kogi State, the battle for senatorial tickets is more fierce in the western and eastern senatorial districts, with the incumbents from the districts, Senator Dino Melaye (West) and Atai Aidoko (East) having serious challengers.

Aidoko is being challenged by Air Marshal Isaac Alfa, Victor Alewo Adoji and Halima Alfa, all from the PDP, while his major challenger from the APC is a former governorship aspirant in the state, Jibrin Isa Echocho.

In PDP, Senator Melaye faces a tough test which, Sunday Tribune gathered, would test the validity of the accord of automatic ticket reportedly struck with PDP returnees

In the APC, the immediate past senator from the West, Smart Adeyemi, a former director of the Department of State Security (DSS), William Toyin Akanle, Ibrahim Tajudeen Bisimilahi and Adedoyin Ibikunle are in a battle of wits for the ticket.

In Osun Central, the incumbent Senator Sola Adeyeye is preparing for a challenge from the state Commissioner for Justice and Attorney General, Dr Ajibola Basiru, believed to have been prodded by interests in government.

Reports from Enugu State showed that the serving Senators, Deputy Senate President, Ike Ekweremadu, Senator Gilbert Nnaji and Senator Chuka Utazi, are in a fierce battle with their opponents in their bid to return to the National Assembly.

Ekweremadu is being challenged by the Director-General of Voice of Nigeria (VON) Osita Okechukwu (APC) and Chief OAU Onyema (PDP) for the west senatorial seat in 2019.

While Nnaji is expected to run for a third term under PDP, Nnamani, who contested for the seat the in 2015 on the platform of People for Democratic Change (PDC), is said to be planning to pitch tent with APC for 2019.

One of the three senators in Ekiti State, Senator Fatimat Raji Rasaki (central), defected to the APC, thereby leaving the PDP with Senators Biodun Olujimi (south) and Duro Faseyi (north) as the remainder PDP senators in the state.

Ahead of the 2019 elections, Senator Raji Rasaki and Senator Biodun Olujimi have indicated interest to return to the National Assembly, while nothing official has been heard from Senator Faseyi.

The people believe that the bulk of the work would be in the APC as many aspirants are emerging in the party, following the victory of the party in last month’s governorship election.

For instance, the South senatorial district is said to be one of the hotbeds, because Senator Olujimi is believed to be in for a battle with Adedayo Adeyeye, believed by many to be the man the APC might hand the ticket.

But people like Chief Yemi Adaramodu and Mr Bamidele Faparusi are from the same zone and they are said to have an eye on the same ticket.

In the North, Senator Olubunmi Adetunmbi is touted as the favourite APC contender, but Senator Ayo Arise and Ayo Osinkanlu, who is said to have always been there for the APC, are all in the race.

In Delta South, Senator James Manager is keen on returning to the Red Chambers for his fifth term under the banner of the PDP.

His closest and fiercest rival, former Governor Emmanuel Uduaghan, who stepped down for him in 2015, is rumoured three days ago to be warming up to defect to the APC to actualise his delayed ambition.

In Delta Central, controversial and maverick Senator Ovie Omo-Agege of the APC, who ousted Chief Ighoyota Amori from the seat prematurely after the 2015 election under the Labour Party (LP), has been upbeat to return to the senate unruffled.

The coast seems clear for Senator Omo-Agege to clinch the APC ticket, giving him enough room to await who emerges from the PDP for an epic battle come 2019.