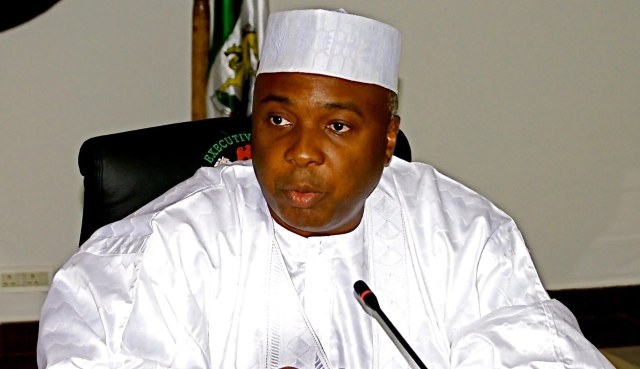 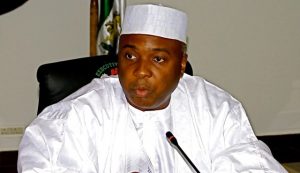 Senate President, Dr. Bukola Saraki, has said he is not losing sleep over plots and threats by the All Progressives Congress to impeach him.

Saraki stated that those who are drumming for his removal have cascaded to using “cheap blackmail” rather than following the due process as enshrined in the constitution to remove him as Senate President.

The former Kwara State governor spoke in Asaba, the Delta State Capital, after a closed-door meeting with Governor Ifeanyi Okowa at Government House on Saturday.

The meeting lasted for over 40 minutes.

Saraki was accompanied by some senators including Dino Melaye and Peter Nwaoboshi, and it was the first time Saraki will be visiting Okowa at the Government House since his defection from the ruling All Progressives Congress to the opposition Peoples Democratic Party.

He dismisses insinuations that he had decided not to reconvene the National Assembly to consider the budget of the Independent National Electoral Commission owing to the plot to impeach him.

He said, “I am not losing any sleep about impeachment. We have a country that a lot of Nigerians believed there must be rule of law and those who are talking about impeachment are engaging in cheap blackmail.  I am not concerned about that.”

The meeting which was attended by the Speaker of the Delta State House of Assembly, Chief Sheriff Oborevwori, the state chairman of the PDP, Olorogun Kingsley Esiso, is believed to be a continuation of Saraki’s 2019 presidential ambition.

Saraki, who had also visited other prominent Nigerians including former President Olusegun Obasanjo and a former military President, Ibrahim Babangida, said he decided to ditched the APC because it has performed poorly in the last three years and lack justice.