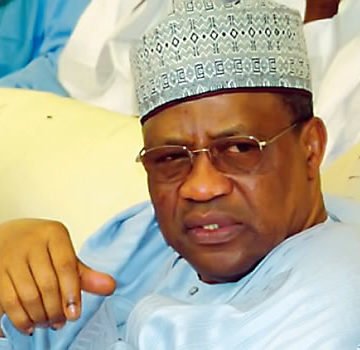 REACTING to a statement issued by former military President, Ibrahim Babangida asking President Muhammadu Buhari not to seek re-election in 2019, a Clergy, Most Rev. Steve Onwu has said the former leader’s penchant for corruption has pitched him against the anti-corruption crusade of the present administration.

Onwu who is the Executive Director, New Initiative for Credible Leadership (NICReL) addressing a press conference in Abuja on Monday, also alleged that besides the Babangida’s era as President seeing Nigeria rank highest on the Global Corruption Index, it introduced use of bombs in killing innocent citizens amongst other ills that the country is currently grappling to overcome.

The Clergy said it was regrettable that at old age, the Former President and his like have failed to repent of their sins but are rather seeking desperate ways to get back at the country to continue and continue to pilfer its resources.

“The people coalescing in this manner are connected one way or the other with the grand corruption that has kept Nigeria in the doldrums and they are also the ones that are losing their grips on the illicit revenue from corruption under the ongoing reforms.

“Even in the midst of these ominous conjugations, however, we could not but notice the dark humour of the man credited as the father of corruption and the one that institutionalized corruption in Nigeria now grandstanding on the same issue in his desperation for relevance.”

“If old age has erased IBB’s memory, Nigerians are not able to forget that his economic policies left the country bankrupt and reduced to a nation in need of foreign help despite its abundant natural resources. The fallout of his rule underpins the economic morass that the country is still struggling to exit several decades later,” Onuh stated.

He also described as ridiculous the comment of the former military President on security alleging further that he planted the curt of insecurity in the country.

“His commentary on security is really sad as it amounted to him dancing on the graves of those that have been killed in an insurgency that has been clearly traced to some of his cronies. As a reminder to the Evil Genius, he introduced letter bomb in the controversial death of senior Nigerian journalist, Dele Giwa. It was an art he made into a science and his fingerprint has been all over several other bombing campaigns in the country.”

NICReL called on Nigerians to put the Obasanjo, IBB, and the other members of their alliance (that are yet to come out) on notice that they shall be held responsible for any breach of peace in the run-up to the 2019 General Elections.