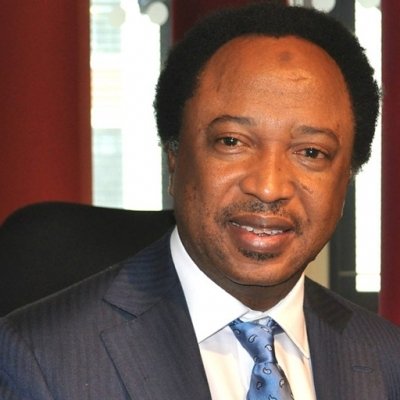 And it quickly added that the information about the emoluments of senators was never a secret.

Senate Spokesman, Senator Aliyu Sabi Abdullahi, said the figure Sani gave out about running cost of the offices of Senators was contained in various line items and expenditure heads of the budget of the National Assembly which has been made public.

According to him, Senator Shehu Sani did not disclose anything new.

Sani who represents Kaduna Central disclosed the figure and the N700,000 salary of senators in an interview with TheNEWS magazine. The interview was published last week, triggering social commentaries about the Senators’ well kept secret.

Abdullahi dismissed any insinuations that Sani’s colleague were unhappy with him and said if people had looked critically at the budget of the National Assembly which has since been made public, they would have seen that various line items like travelling , medicals, consultancy and the rest were captured in the budget and they were the funds divided for each Senator’s use.

“Almost all holders of elective and appointive offices have running costs allocated to their offices and that cannot be said to be part of their salaries”, Abdullahi stated.

In the interview, Sani said: “I think what we can say is that the running cost of a senator is N13.5 million every month.”

He was responding to a question on alleged bogus salaries and allowances of Nigerian lawmakers.

According to him, while there is no specific instruction on what the fund should be used for, lawmakers must provide receipts to back up their expenses from the running costs. He added that the running cost is in addition to funds earmarked for each senator for constituency projects.

“But what I am saying is that that money (N13.5 million per month) must be receipted for what you do with it. But what you are given to go and spend without any accountability is N750,000.00.

“The constituency project itself is given on a zonal basis and almost every Senator will go with a constituency fund of about N200 million, but it is not the cash that is given to you.

“Now, the corruption comes when the projects are not done and the money is taken. But right now, it is difficult to do that because NGOs and transparency groups have come into it. They track every allocation made to you and where they are being used.

“So, it’s becoming difficult for what used to happen in the past to happen now.

“But I can tell you that I would love a situation where we do away with running costs, constituency projects and leaves senators and members of House of Reps with salaries.

”And also, the public should be informed that nobody should come to any senator’s house asking for any kobo. That also would be helpful.

Sorry, I’m Not interested in Any Political Office Again – Ogunlewe