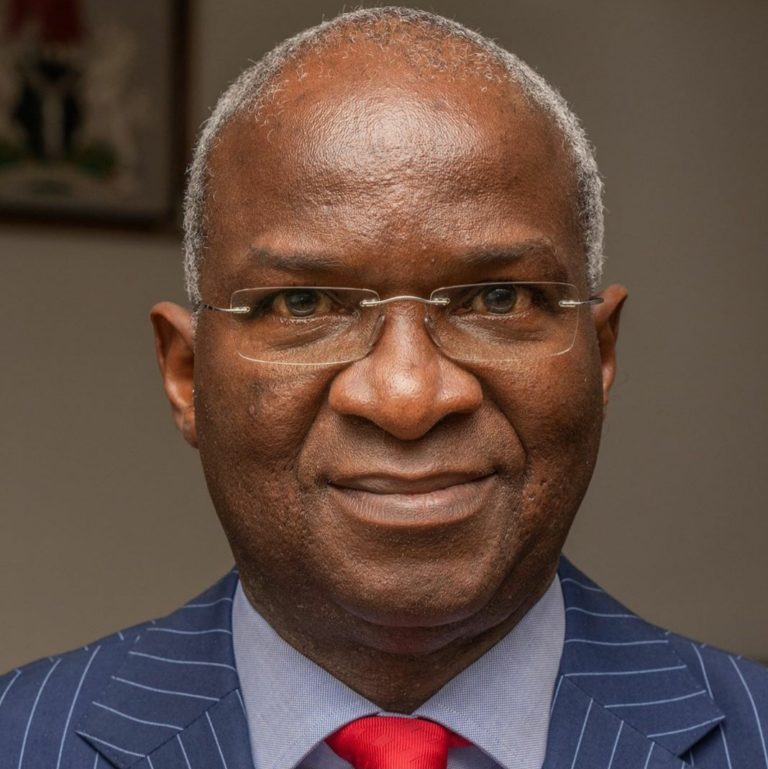 Our Ministers have been giving their performance reports for the last quarter, and it was the turn of Mr Babatunde Raji Fashola last week, at the Federal Executive Council (FEC) meeting.

The day a Minister gives performance report is akin to Judgement Day, as President Muhammadu Buhari listens raptly, asks probing questions, and then gives all the other FEC members opportunity to contribute. A reporting Minister may, therefore, leave the session, either walking tall, or like a rain beaten chicken. Fashola’s performance got everyone applauding.

This is a government that has an unwavering focus on infrastructure: roads, bridges, rail, power, airports, houses, and many others. It is determined to reverse the severe deficit the country has, despite the humongous money we made from oil in the past two decades. Infrastructure is rickety and decrepit.

As Minister for Works and Housing, a lot of the infrastructure projects fall within Fashola’s purview. And what did he tell the council meeting, with pictorial and video evidences, that got everyone applauding? Plenty, I tell you.

When Ministers were sworn in August 2019, they were all given performance mandates. And the expectations from Fashola, as head of the Works and Housing sector include the following:

-Construct at least 200,000 housing units a year by establishing modular construction facilities across the country.

-Actively collaborate with the private sector to create a large number of well-paying jobs for Nigerian youths.

-Implement a strategy towards the realization of Mr President’s June 12 promise to take 100 million Nigerians out of poverty in the next 10 years.

So, what has Fashola delivered so far? Utilizing pictures and video, he showed ongoing work on Abuja-Kaduna-Zaria-Kano road. Money being well spent.

Second Niger Bridge? It has roared to life, after many decades of promises by many governments, which never did anything. But the Ekwueme (one that promises and delivers) is here now. Under President Buhari, the Bridge will be delivered, and no mistake.

What’s the state of the 2nd Niger Bridge project? With videos and pictures, the Executive Council was brought up to speed with the scope of the works. Total length is 11.9Km, with the bridge itself being an approximate length of 1.6Km. Main works and associated infrastructure are in progress, and the chrysalis is bursting forth. In the words of colorful First Republic politician, K.O Mbadiwe, “come has finally come to become” for 2nd Niger Bridge. And history will record that Buhari did it, and Fashola was the midwife.

I remember a private trip I made to Onitsha last December 30. I had been on the same flight with the Obi of Onitsha, His Royal Highness Nnaemeka Alfred Achebe, and with pride, he had told me: “While passing on the bridge, just look to your right, and you would see the 2nd Niger Bridge coming up. We are very grateful to President Muhammadu Buhari.”

We also saw the state of Lokoja-Obajana-Kabba-Ilorin road, Oju/Loko-Oweto Bridge, Bida-Lambata road, Dualisation of Suleja-Minna road, Kano-Maiduguri road, Enugu-Port Harcort dual carriageway , Onitsha-Enugu Expressway, Bodo-Bonny project, Lagos-Ibadan Expressway, and many others round the country. The land has become one huge construction site, and from later this year, to 2021 and beyond, most of the projects will come out in bold relief, completed. What will the naysayers then say next? Instead of eating their words, and saluting the government, they will surely create other criticisms.

There are also road projects in tertiary institutions round the country. Can you beat that? Even our schools are not forgotten. These include Universities of Benin, Bayero in Kano, Oye, in Ekiti, Maiduguri, Borno State, Lokoja, Kogi State, Ibadan, Owerri, Otuoke, in Bayelsa State, and many others.

As the Minister made his presentation, I observed the President smiling in delight, grinning broadly at some other times, shaking his legs and rubbing his palms together. He saw money being well spent, the dividends of democracy being delivered to the people, and he was quite glad.

On housing, over 1,094 housing units have been completed across the country under the first phase, and construction works are ongoing in 34 states and the Federal Capital Territory. Advertisement for the sale of the houses will soon be published. Video evidences of all the housing projects were made available. In all the housing projects, 455,048 direct jobs have been created, with 61,950 indirect ones. In the highway construction sector, 49,080 direct jobs were created, with 95,315 indirect ones.

The Minister concluded: “It is undebatable that the government has made a very clear commitment for renewing and expanding Nigeria’s stock of infrastructure as a well thought out strategy for economic renaissance, diversification and delivery of sustained and inclusive growth. This commitment includes the delivery of roads, bridges, affordable housing and public buildings, which has exerted a huge strain on government resources that has compelled some borrowing.”

Well, this is borrowing for development, and not borrowing to line individual pockets. So, it will be worth it at the end of the day.

You know that Fashola has the gift of the gab. It is one thing to prepare a good report, it is another to deliver it well. He did both, and the necessary commendations followed. Minister of Interior, Rauf Aregbesola, described the report as “beautiful, well delivered, with good articulation.” He added: “Lawyers must have ability to deliver as part of their training.”

Minister of Labour and Employment, Dr Chris Ngige, said Fashola’s delivery “is always as if he’s in court,” while Chief Godswill Akpabio, Minister of Niger Delta, commended President Buhari for a job well done, as seen in the activities of the Ministry of Works and Housing.

Some leaders have passed through this country, and you can hardly point to two or three landmark projects they left behind. With President Buhari, it sure won’t be so. He’s the Ekwueme, the one who promises and delivers.

Adesina is Special Adviser to President Buhari on Media and Publicity.

Why thousands may miss 2020 UTME- JAMB