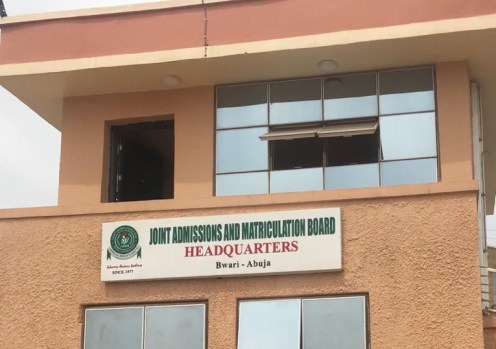 Thousands of registered candidates across 38 centres in 11 states of the federation may be denied the opportunity to participate in this year’s Unified Tertiary Matriculation Examination, an official has said.

This is because some of the Computer Based Test centres’ operators defaulted by disobeying the rules governing the registration of candidates as provided by JAMB.

The JAMB registrar, Ishaq Oloyede, who disclosed this at the examination body’s headquarters in Abuja, also “handed over” the 38 operators to the police for further investigation.

According to the registrar, “the operators illegally moved their registration facilities outside their allocated locations”.

The registrar explained that Virtual Private Network(VPN) access is issued to each registered CBT centre “but the board gathered that some of the approved centres went ahead to grant third-party access to cyber-cafés and business centres operators against the board’s directive.”

Suspects speak
During the ‘interrogation’ done by the registrar, Phillip Agene from A-pagen Consolidated Limited in Port Harcourt confessed he registered his staff under a fictitious name and National Identity Number in order for him to monitor the activities of his employees.

Also, Mustapha Shehu, from Dialogue Computer Centre, Katsina State said there was a robbery case in his office on January 19.

”Maybe the people who robbed my office did it, we have reported the case to the police,” he said.
The JAMB registrar said an investigation should be conducted to ascertain when the infractions occurred and compare it with the date the robbery took place.

JAMB may shift ground
Following the alleged crime committed by the centres, there are strong indications that the examination body may reconsider its stance on the exclusion of the candidates from the examination.

Responding to questions from journalists on the presumed innocence of the likely affected candidates, the registrar said the board will look in the matter.

“We will look into the matter but they should not register again because they will cause a problem for themselves,” he said.

He, however, insisted that some of the candidates had intentionally registered in the affected centre.

”An average Nigeria parent does not want their wards to queue not knowing the damage they are causing. We have the list of accredited centres in our state offices and on the internet too,” he said.

He warned parents and candidates that are yet to register to desist from patronising fraudulent centres.

The mock registration, which started on January 13 will end on February 1, 2020. According to JAMB, 704,395 candidates registered for the examination as at January 27.

Find the lists of the affected CBT centres below:

Why I can’t intervene in Kano emirates controversy – President Buhari