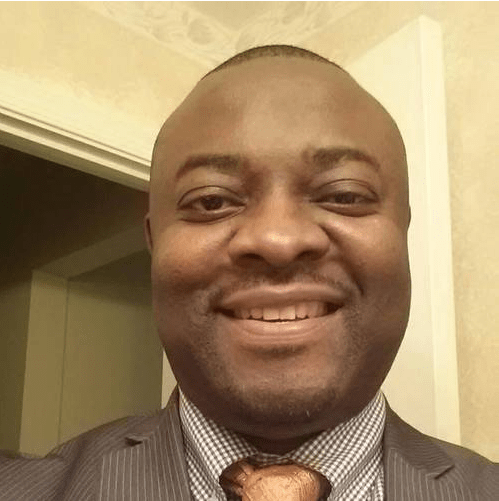 With the new bench warrant for the arrest of Mr. Innocent Chukwuma issued by an Ikeja Special Offenses Court, Nigerians are once more debating on whether GTBank and Buhari hate Ndigbo or not. At the peak of the Innoso-GTBank saga last year, a friend challenged me to “find the courage to write about the travails of Innoson.” Also, one angry Igbo man Okwy, accused some of us he referred to as “Igbo pan-Nigerians”, of watching as our “race is being destroyed”. I have been thinking of an appropriate and measured response before this new development.

While I completely understand the concerns of Igbos in the current Nigerian political atmosphere riddled with suspicion, I am afraid that we are swallowing hook, line, and sinker this fallacy that GTBank hates Innoson and Ndigbo. Here is the irony of the whole saga; The Directors of GTBank “who are mainly Yorubas” were so wicked and hate Ndigbo so much so that in 2009, they granted Dr. Innocent Chukwuma, Innoson loans totaling N2,400,000,000,00 (two billion, four hundred million Naira). Surely, they want his car business to crumble.

As an analyst, it is my job to make sense of things devoid of the beclouded sentiment of ethnicity and religion. Think about it slowly; Innoson accepted a big loan at a terrible rate from an “enemy bank” when he could have obtained such facilities from an “Igbo Bank” at a better rate? While the going was good and Innoson was making all the profits, he never told Ndigbo that a Yoruba GTBank was after his business. It was only after the transaction went sore that Ndigbo were dragged into this logical fallacy that a Yoruba GTBank hates us and Innoson.

Every Onye Igbo that fell for that crap lost his objectivity by playing the ethnic card. While we whined and wasted time on irrelevant hatch tags, Innoson remains a customer of GTBank, enjoying a loan facility he obtained at an interest rate Igbo businessmen can only dream of.  By crying wolf, we raise the ethnic temperature and arouses the long-aged suspicion that the Yorubas and Igbos will never do business together.

We waste time and resources discussing ethnicity rather than how to help Innoson promote his business in Nigeria. Every day, we watch Dangote makes deals with state governments as he expands his business empire across Nigeria. But as Ndigbo, we go to social media and poison the minds of state governments in the West and North that Innoson should be wooing to buy his cars. Is that not dumb politics? Do we really understand the Nigerian political landscape?

More importantly, the reduction of complex banking transaction related disagreement to ethnic bias is demonstrably wrong. Ndigbo does not have that luxury to play the ethnic card when we are sure we will be a big loser.  If we don’t trust, or at least pretend to trust other ethnic groups that we do business within multicultural Nigeria, they won’t trust us. And there lies the danger of putting on an ethnic lens while analyzing the Innoson GTBank saga.

The rest of Nigerians are wondering how this drama took a downward spiral to ethnic hatred and mistrust. Nigerian banks are notorious for illegal charges and deductions that know no tribe or religion. There are hundreds of thousands of Ndigbo and Nigerian of other ethnicities with credit facilities with GTBank and other banks in Nigeria. Whatever benefit or a headache that may have resulted in acquiring such loans are not misinterpreted with tribal sentiments.

Innoson Group of Companies needs the support of Nigerian states, federal governments, the Senate as well as federal and state houses. These arms of Nigerian government spend billions on foreign SUVs and other cars and should be lobbied to channel such monies to an indigenous company like Innoson. Such partnership will not materialize if Ndigbo engages in the promotion of the fallacy that the Yorubas and Hausas are not happy because Innoson is Igbo.

There are so many billionaires in Nigeria owing billions to banks and defaulting in their agreed payment plan. I don’t know any of them that have gone to social media to cry foul. Most importantly, the tribe’s men of these businessmen have never gotten involved in a matter that is none of their business, to begin with. I am not so sure what point we want to put across by engaging in this social media drama.

To my good friend Ugochukwu, here is how Ndigbo should help Innoson aspire “to a greater height in his business”. First, we have to realize that we are not helping him by propagating fallacies that will harm his business operations in Nigeria. How do we think Dangote got to where he is today? By peddling lies against banks that he owes billions? By using Hausa people to blackmail Jonathan and Obasanjo? Common guy! This is still a bloody third world country where big business survives with the full support of the government.

Secondly, Ndigbo should put pressure on the Enugu State and Anambra State governments to provide enabling environment and infrastructure for Innoson’ manufacturing plants to thrive. That’s how to encourage other Igbo businesses to invest in Igbo states. We can use our “Igbo Banks” and set up credit facilities to patronize Innoson brand of cars and SUVs as a well of encouraging Nigerians to buy local. Also, Innoson should lobby the PDP and APC governors, senators, and ministers etc. from Igbo states to have their colleagues to patronize his business.

The good news is that Innoson knows that he needs the federal and state governments to succeed. While Ndigbo is dwelling in imaginary misery; blaming Buhari and gossiping that his administration hates Innoson and Ndigbo, he (Innoson) thanked the federal government for their support. While we are closing our accounts with GTBank, Innoson is partnering with the Nigerian Army in a local production of military hardware and vehicles.

Feelings have no logic. Ndigbo should not put sand in Innoson’s engine oil just as Hausa people did not put sand in Dangote’s sugar. The Federal government helped Dangote in the construction of one of the biggest refineries in the world. Car manufacturing business is still a virgin sector in Nigeria with potential for growth. We can help one of our own become a dominant player by playing smart.

Part of such smartness is not propagating the fallacy that Buhari and a “Yoruba bank”, GTBank hate Innoson because he is Igbo. This conscious act of perpetuating a self-imposed and unwarranted sense of victimization has to end this 2018. For those that have ears, let them hear.