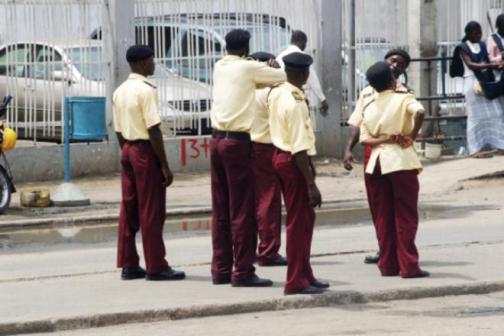 The Lagos State Government said it has sacked 34 officers of the Lagos State Traffic Management Authority, LASTMA, over cases of extortion and others.

The government also disclosed that two LASTMA officers were currently being investigated for allegedly extorting motorist in the state.

Deputy Governor of the state, Dr. Obafemi Hamzat stated that the present administration was committed to given adequate support to LASTMA officials towards reducing travel time within the state, but would not condone any government official terrorising the citizens.

“And that is why we are currently investigating two of our officers that allegedly harassed citizens who admitted driving against traffic. But the essence of LASTMA officers on the road was not to harass but to affirm the dictate of the road traffic law and be civil while enforcing it.

“The claim is that the two officers allegedly extorted money from the driver. A petition has been written to the state government by a law firm stating how it happened. The officers have been referred to the agency that has power to discipline them for investigation,” said.

Hamzat said the LASTMA officers were currently before the State Disciplinary Management Board, assuring residents that none of the officers enforcing the laws had rights to harass them, while cautioning residents against depositing money for fines into officers’ personal accounts, as the only approved account must have Lagos State Government as the account holder.

LASTMA General Manager, Wale Musa, disclosed that 34 officers were sacked for extortion in the last 18 months.

Musa disclosed that while 24 were sacked last year, 10 were sacked between January and May 31, 2019, saying that the agency had decided to intensify its enforcement and keep watch on LASTMA officers.

“Any officer found wanting will be disciplined accordingly. We have been doing it. This year, nothing less than 10 LASTMA officers were dismissed. Same last year, over 24 were dismissed. We have a system where we can discipline our staff.

“Anyone that has an issue, should please take it up with us, we will deal with it accordingly. We have been seeing so many social media comments on the law, the truth is that the law is meant to be obeyed.

“But we have a system where no LASTMA officer issues you a ticket. The LASTMA officer and yourself will face the law. It is not the right of the LASTMA officer to tell you that you are guilty, it is the court that decides. If members of the public can cooperate with us, we are ready and willing to ensure that the laws are obeyed and that our men work without fear or intimidation and no member of the public will be intimidated,” Musa said.