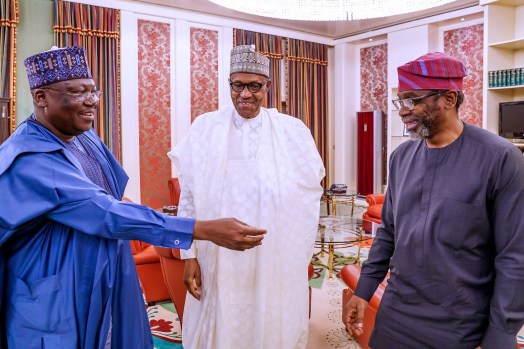 Aside from other unstated allowances that Nigerian federal lawmakers have allocated to themselves, a total of ₦268 billion has been earmarked for the National Assembly in this year’s budget.

It also means that the National Assembly gets about one-third of the total budget of the Ministry of Education (₦706.8 billion). This is the same for the ministry of works and housing which has a ₦343.5 billion budget.

But the legislators’ budget is about twice the money budgetted for each of the ministries of agriculture (₦183.1 billion), power (₦134.9 billion) and transport (₦134 billion) will go to the legislature.

National Assembly against health
Analysis of the 2020 budget by BudgIT shows that a total of ₦463.7 billion (4.37 per cent of this year’s budget) is meant for health. It means about ₦2,300 (or ₦6 per day) is all that has been budgeted for each of the 200 million Nigerians for everything medical in 2020.

Statutorily, the health sector should get more. Nigeria is a signatory to the 2001 Abuja Declaration, an agreement made by Nigeria and 19 other African countries in Abuja, Nigeria’s capital, to commit 15 per cent of federal budgets to healthcare. While Botswana, Burkina Faso, Malawi, Niger, Rwanda, Togo and Zambia have all met the Abuja target, the closest Nigeria has come was the 5.95 per cent of 2012.

Nonetheless, further examination of this year’s allocation to health shows that 73 per cent of the ₦336.6 billion is for recurrent expenditure as against the ₦59.9 billion for capital projects.

And while these amounts are subject to the finance ministry’s discretionary releases, only the Basic Health Care Funds, BHCF (₦44.5 billion), and the ₦22.7 billion for GAVI (Global Alliance for Vaccines and Immunisations), both statutory payments, have certainty of being released.

National Assembly against education
The United Nations Educational, Scientific and Cultural Organisation (UNESCO) Education for All Global Monitoring Report recommended in 2015 that between 15 and 20 per cent of government spending through national budgets should be for education in developing countries.

But the country’s ₦706.8 billion — which is almost about thrice the NASS budget — allocation to the sector is a paltry 6.6 per cent of this year’s budget.

With the recommended target not met, 69 per cent (₦490.3 billion) of the amount earmarked to the sector is for settling bills, paying of salaries and so on.

That aside, a significant cut of the capital spending of the Universal Basic Education Commission (UBEC), which stands at ₦84.7 billion, is for a flurry of controversial projects that have the stamps of lawmakers on them.

The ministry of education will get statutory transfer of ₦131.7 billion. This is split between the Universal Basic Education (UBE) Commission Funds (N111.7billion) and University Fund pegged at ₦20 billion. That total is just N3.7billion more than the N128billion statutory allocation to the National Assembly.

By earmarking this, which is 1.7 per cent of a total budget ₦10.6 trillion, Nigeria again flouted the Maputo Declaration it signed in Mozambique in 2003 that it should give 10 per cent of its budget to agriculture. Were the 10 per cent agreement fulfilled, ₦1 trillion would be for agriculture this year. Nigeria has never complied with the terms of the declaration, two decades on.

Although unlike education and health, recurrent expenditure takes only 32 per cent (₦58.7 billion) of agriculture’s budget. The ministry’s ₦124.4 billion capital allocation has a slew of projects, some of which are for capacity-building programmes that the Independent Corrupt Practices and other related offences Commission (ICPC) has said are impossible to track and always ended in the pockets of federal lawmakers.

For instance, the Nigerian Stored Products Research Institute (NSPRI), rather than see to the mitigation of post-harvest loss of crops in Nigeria, would construct “ICT centres” and provide “equipment in selected secondary schools in Lagos,” under the guise of constituency projects. It would repeat this same project three times this year, all at a total cost of ₦768 billion — first for ₦255 million, then ₦256 million and ₦257 million.

National Assembly against works and housing
Like agriculture, this ministry will spend 92 per cent of its budget on capital projects (₦315.6 billion), as against ₦28 billion for recurrent expenditure.

With its total allocation pegged at ₦343.5 billion, it has been found that FERMA, an agency under the works ministry, will get less to maintain federal roads when compared with the ₦37 billion to be used to renovate the National Assembly complex.

Both Godiya Akwashiki and Benjamin Kalu, respective spokespersons of both the Upper and Lower Chambers, on multiple occasions, declined to comment on this. But Bamidele Salam, a member of the House Committee on Works, said in an interview: “I feel this is unjustifiable in any way.”

Also, due to shortage of funds accruing to the ministry, it plans to build only 2383 homes, although the country needs to build 700,000 homes per year to bridge its 17 million housing deficit, as estimated by the World Bank.

National Assembly against transport
The transport ministry has a total budget of ₦134 billion, a large chunk — ₦121.4 billion — of which goes to capital projects. Only ₦12.6 billion (9 per cent) is for its recurrent expenditure.

Scaling this with NASS budget shows that not only will the ministry get exactly half of what the National Assembly will get, it has no allocation for statutory payments.

National Assembly against power
In the face of incessant collapse of the national grid, and various administration’s failed promises to bring stable electricity to the country, ₦134.9 billion is what the government intends to use to try and solve the challenges of power in the country this year. Of this, ₦129.1 billion (96 per cent) is for capital spending.

As it is for transport, apart from its budget being almost half of that of the NASS, the power ministry too has no statutory funds to its name.
Source: Premium Times

How Lagos govt flouted its own law in enforcing Okada ban