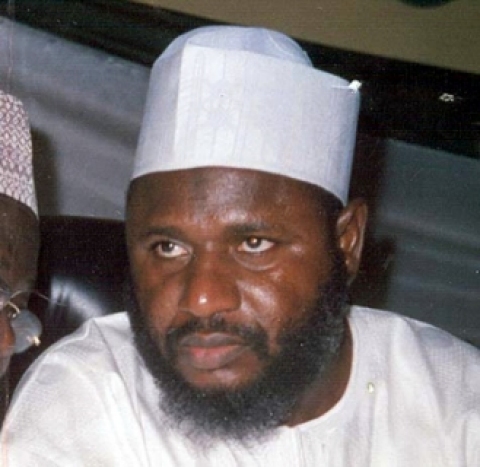 Former governor of Zamfara state and three-term Senator, Ahmed Sani Yarima has kicked against Asiwaju Bola Ahmed Tinubu 2023 presidential ambition, he has tipped himself as an aspirant for Nigeria’s presidency in 2023 and has declared as unworkable any power transfer understanding or agreement Asiwaju Bola Ahmed Tinubu may have contrived with President Muhammadu Buhari.

Yarima, who is from the north west region like Buhari and was a founding member of the All Progressives Congress in 2014, even disputed the existence of any agreement between Buhari and Tinubu.

Yarima spoke in an interview published by Daily Trust on Monday and cited Buhari’s recent statement that he doesn’t have a candidate and that nobody should even use his name, as indications of the non-existence of any MoU.

“I don’t think Nigeria belongs to any of them and I don’t think anyone in any position can determine what Nigeria should have. Politics is about election – for people to decide what they want. So it is the majority of the people that will determine who they want.

Senator Sani Ahmed Yarima: says he will run for presidency in 2023

“If he(Buhari) signed an agreement with Asiwaju, that agreement cannot be implemented even in getting the ticket. It cannot guarantee Asiwaju a ticket. For example, the president has announced and the party has decided that our primary is going to be direct – just like we elected Mr. President during the primaries of the last general elections. Will he direct everybody to go and vote for Asiwaju?

“Because, I believe it is going to be a free and fair election, agreement or no agreement is a political statement, but I don’t think that is possible because I don’t think that the Buhari that I know will sign any (such) agreement. He knows that he doesn’t have the powers and the authority to hand over power to whomever he so wishes. He said it is going to be free and fair; in fact, he even said it in the open that he doesn’t have any candidate. So, these are just speculations”.

Senator Yarima said nothing in the constitution forbids him from seeking the presidency, even though he comes from the North west region like Buhari.

“I am a Nigerian. I don’t believe in regionalism, saying that this man is from this side or that. Let’s have the best people who have much more better things to offer to Nigerians. Everybody should come up with what they want to do for Nigerians and how they want to move Nigeria forward. The contributions you want to make and such a person should be assessed by Nigerians whether he or she should be elected or not. It is not from where you come from and not your religion. As far as I am concerned, you should look at individuals as Nigerians otherwise we should ask for rotation of presidency in the constitution. If we are looking at regions, North-West has done, let’s go to South-South; which means anybody whether he is good or not but once determined by that zone should be elected. If it is not determined by constitutional arrangement, every Nigerian should aspire to be in elective position of government”.

“On capacity, I believe that I have the energy, I have the knowledge and I have the experience. And as for resources, you don’t look at the resources for going for a position. Once I have something to move around for the campaigns, I think I can do it. The resources that are required are contributions from every citizen of Nigeria (who are in the party) because it is the party that will sponsor a candidate. It is not the candidate that will sponsor a party. So you don’t need so much resource to contest. I was governor, I had no N20million when I started campaigning for governor. And I became governor by the grace of God. It is God himself that will decide. What you need is to have good intentions. I am not going for president to be rich. I am not going for the presidency to be in a position of superiority. It is a matter of service”.