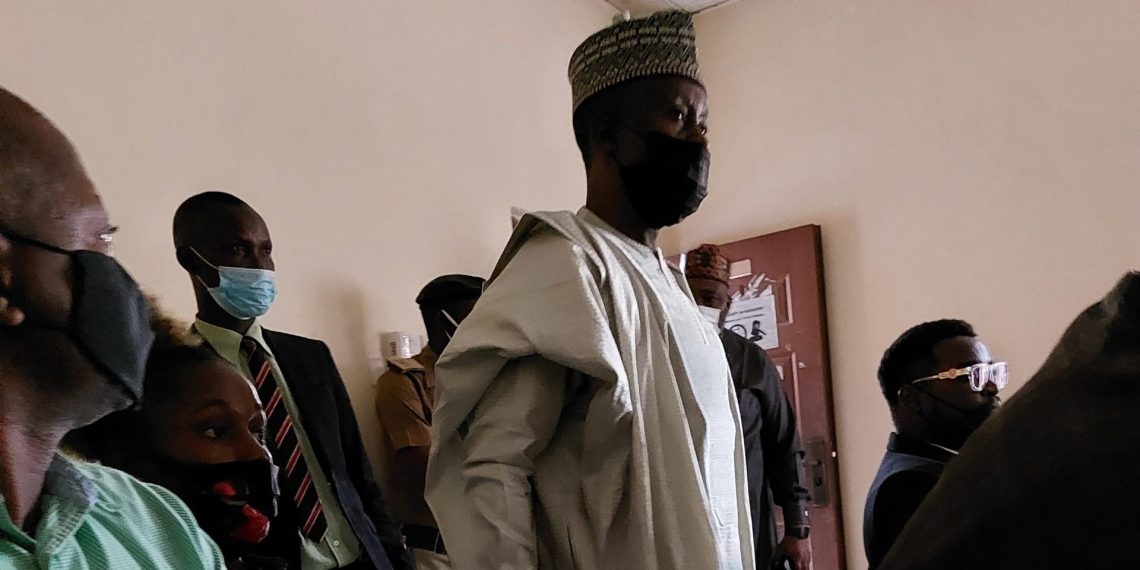 Farouk Lawan in the courtroom

“Count One of the charges is not based on suspicion but on credible evidence. The defendant (Mr Lawan) corruptly asked for $3million and received a $500,000 bribe in two tranches from Femi Otedola,” the judge says.

The Federal Capital Territory (FCT) High Court in Apo, Abuja, has sentenced a former federal lawmaker, Farouk Lawan, to seven years imprisonment for taking bribes while serving as the chairman of the defunct House of Representatives ad-hoc committee investigating the fraud around fuel subsidy regime in 2012.

Angela Otaluka, the trial judge, handed down the verdict in a hours-long verdict on Tuesday.

She found the former legislator guilty of all the three counts of bribery.

PREMIUM TIMES earlier reported that the court has dismissed Mr Lawan’s preliminary objection against the trial that has spanned nine years.

The former lawmaker is being prosecuted on charges of or receiving a bribe of $500,000 from Femi Otedola, a billionaire oil magnate. The money was part of the $3milllion Mr Lawan requested to have the businessman’s firms removed from the list of companies indicted for fuel subsidy fraud.

The judge declared in the course of reading the judgment that Mr Lawan’s conduct had elements of corruption.

While evaluating evidence in her judgement on Tuesday, the trial judge, Ms Otaluka, noted that from the pool of evidence before the court, the prosecuting lawyer, Adegboyega Awomolo, had established a case of corrupt practices against the defendant in Count One of the charge that borders on corruptly requesting a bribe of three million dollars.

” Top News: “Count One of the charges is not based on suspicion but on credible evidence. The defendant (Mr Lawan) corruptly asked for $3million and received a $500,000 bribe in two tranches from Femi Otedola.

“The conduct of the defendant established the ingredients of corruption which he was charged to court, as he did not report any case of inducement to any law enforcement agency,” the judge says.