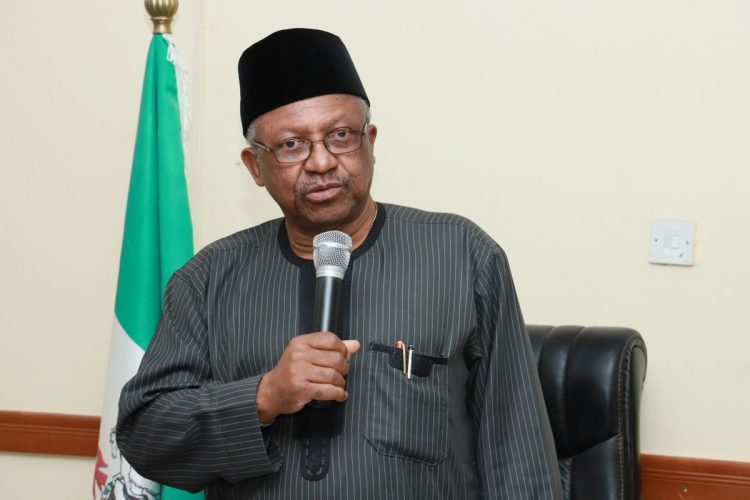 The realities of the moment and conditions objectivity have thrown a great challenge to the Nigerian government and Nigerians. For the first time in centuries, Nigeria has been exposed to a situation which quick intervention could not be gotten from the western world. Instead, we have been left to our fate. Despite the great challenge the country might be facing as a result of the coronavirus pandemic, if Nigeria as a nation, could deeply think, they would realize than no nation, in the Europe, America, Asia, or any part of the world is unshakable. We must look at the brighter side of the situation, as it has availed us the opportunity of rediscovering and reassessing ourselves as a nation.

While we are confronted with the unfortunate situation that has shut down our economy, and claimed the lives of many Nigerians, it is imperative and ultimately necessary that we man up, and prove to the world, that we can bail the entire world out of the current situation. But unfortunately, greed and laziness have taken over the minds of our leaders, and have reduced us to nothing. We have lost our pride as giant of Africa, even national and international media have stopped addressing Nigeria as giant of Africa. Maybe our leaders are either pretending or maybe refusing to admit that we are being recolonized by the America, Europe and Asia. We have refused to believe in ourselves. We prefer to be spoon-fed by the West at all time. We run to them for every little problem. We have traded our dignity for a plate of rice. Sometimes ago, it was assumed to be an entire Africa problem, and Africa could not survive without the west, those were the lies, but in the recent time, some courageous African leaders and nations have managed to stand up to so called West, and heavens did not fall.

Sadly, Nigerian Government has not been transparent and sincere in the fight against the Coronavirus pandemic. The inability of the Government to adequately taking care of the citizens especially during the lockdown period, is lamenting and disheartening. As much as we are in support of the lockdown order, as it is the primary measure adopted by many affected nations, the government owe the people the obligation to ensure they are well taking care of.

Despite receiving so much aids and financial support from many Nigerians, financial institutions, international organizations, and so on, the Federal Government cannot boldly point to any Nigerian whom was given any support, either in cash or in kind. Even though the government claimed to have given palliatives to over 3.5 million Nigerians, without explaining to Nigerians the yardsticks adopted in sharing such palliatives, and when they were given. It is sad to say that the Nigerian government has once again failed and betrayed the trust of the people, as they have only taken the advantage of the ugly situation to further amass wealth, without showing the slightest compassion on the masses they sworn to protect.

Ultimately, we consider it embarrassing and shameful that our government has chosen to endlessly and aimlessly awaits and depends on Asia and America for cure and vaccine to end the Covid-19 crisis, even when other small African countries have mobilized their researchers to look for the cure to the virus. Despite several billions of dollars raised by the Federal Government to combat the pandemic, no single kobo has so far been allocated to mobilizing our local researchers towards providing a cure to the virus.

Most importantly, we want to send as strong warning to the leadership and members of the National Assembly not to test the patience of Nigerians, to as a matter of urgency, drop any idea that is capable of provoking the anger of Nigerians. We wish to quickly remind them that they can only make laws that are in the interest of Nigerians, as that is the essence of democracy. Thus, the idea of passing the bill of “Forced Vaccination” does not in any way reflect the common position of Nigerians, and no doubt contradicts the Nigerian Constitution, and it is capable of generating mass resistance, beyond what they can imagine. It is even unthinkable, that such a controversial bill could be considered for first hearing on the floor of the Assembly, without proper consultation with the people that elected them. The passage of such bill will amount to violating the fundamental right of the citizenry.

Moreover, not even in the United States, where the of the promoter of the controversial vaccine resides, has the Parliament considered passing such law that would force all Americans to take the vaccine. Nigerian lawmakers are not unaware of the fact that Americans have taken to the streets to protest against any attempt to adopt the vaccine, let alone forcing them to take it. Nigeria is not a dumping ground. Nigerians are not too weak to fight for themselves, regardless of any satanic contracts our leaders might entered with the Western nations, out of greed and laziness.

Lastly, we call on the Economic and Financial Crimes Commission to launch a thorough investigation into how the funds raised for the fight against the Covid-19 were appropriated. We also call on President Buhari and the National Assembly to order the National Center for Disease Control to as quick as possible call for submission of local samples of cure for consideration, and adoption, as many Nigerians claimed to have developed a cure to the virus.