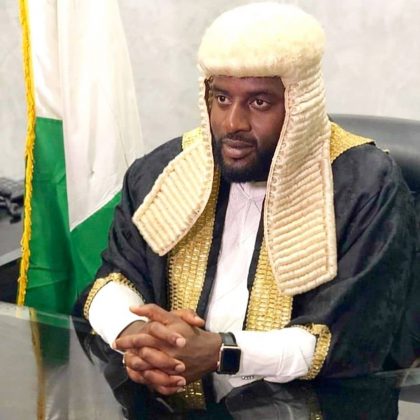 The Economic Financial and Crimes Commission (EFCC) on Tuesday froze the account of the Oyo State House of Assembly over alleged embezzlement of N1.3 billion by the Assembly members.

It would be recalled that the  EFCC invited the Speaker of the House of Assembly and other principal members of the House over some alleged fraudulent activities perpetrated in the purchase of refurbished vehicles for lawmakers.

Based on this development, sources informed this medium that  the EFCC has frozen the bank account of the House of Assembly, as the anti-graft agency continues with its investigation.

Some of the official cars bought from the questionable fund, according to the petition to EFCC, were said to have developed mechanical faults less than six months after they were delivered to the legislators.

Reacting to the development, the Oyo State House of Assembly said that it followed due process and had nothing to hide regarding the contract.

The Speaker, Adebo Ogundoyin, in one of his reactions to the allegation, said the House would continue to support the EFCC and all government institutions to deepen transparency, accountability, and democracy.

A credible source said the EFCC picked up some top officials of the House on Monday, July 26 in the early hours of the day and grilled them for several hours.

Some of these developments appear to have angered some lawmakers, who against their tradition to postpone plenary sitting in the Speaker’s absence, were said to have perfected plans to go ahead with Tuesday’s plenary should Ogundoyin be absent.

Ogundoyin, who had jetted out to the United States of America before the Eid-el-Kabir holiday,  returned to the country before plenary and was able to preside over legislative affairs.