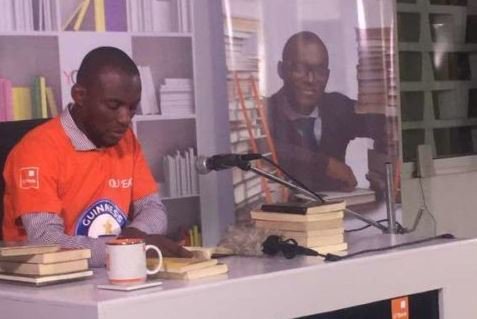 The latter had 113 hours 15 minutes in 2008. Another Nepalese, Tudikhel Ground tied the record.

Bajagain’s book reading began on September 19 and ended on September 24, 2008. He recited 17 different books from 13 authors during his record attempt.

He announced the record on his Facebook page, saying: “Hello everybody, something just happened right now! My name is Bayode Treasures Olubunmi(Olawunmi) – I have just finished reading aloud for 120 hours non-stop.

“I did it for the culture.”

“I have always loved to read good materials right from when I was in secondary school. I am doing this for the youths,” he wrote on Twitter, before he began the record-setting reading marathon.