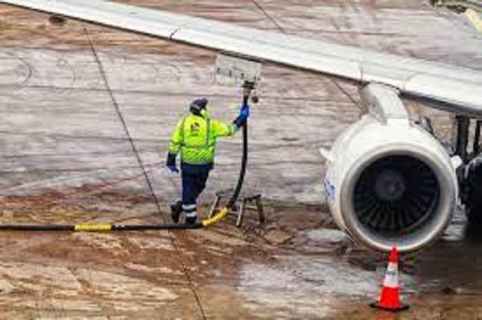 The Airline Operators of Nigeria (AON) has shown concerns about the plans of three airlines to shut down operations soon.

Vice-President of AON, Mr. Allen Onyema, revealed that the three unmentioned airlines have confirmed that the price of fuel has now hit N714 per litre.

Prestige News recalls that the Federal Government and the National Assembly have on several occasions, attempt to resolve the industrial crisis to no avail, as the price of jet A1 continues to rise.

Onyema, while making presentation at the Federal Airports Authority of Nigeria (FAAN) National Aviation Conference (FNAC) going on in Abuja, explained that the aviation fuel crisis is not peculiar to Nigeria alone, but became worse due to the naira to dollar exchange.

He said the federal government has made approval of 10,000 metric tonnes of aviation fuel to the airlines, to resolve the crisis, but the carriers have not yet got access to it.

He revealed that the aviation fuel price was about N200 per litre some 16 months ago, but has moved to over N700 per litre today in the local market.

He said: “That is why we ran to the government and the Federal Government has given us about 10,000 metric tonnes of fuel at the cost of N580 per litre in Lagos and about N607 per litre outside Lagos.

“This is not the only issue. Since the COVID-19 crisis, most airlines all over the world, including Nigeria have not recovered from COVID-19, except those whose countries have injected so much funds to assist them. This is nobody’s fault. It just happened. The government has tried its best by giving us this aviation fuel. This aviation fuel can take airlines out, not only in Nigeria but everywhere in the world.

“Some airlines outside Nigeria have closed down because of the effects of rising aviation fuel. If these things are not addressed in Nigeria, it can affect the bottom-line of all airlines in Nigeria.

“We have come to realise that there is little or nothing the committee set up can do because this is as a result of foreign exchange and the price of oil all over the world now. The fuel marketers will sell according to what they are paying. The cost of aviation fuel has increased, even in London and every other country. Our own is worse because of the increase in foreign exchange.”