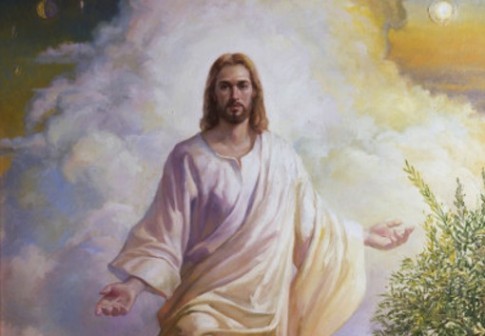 Portrait for the Illustration of Jesus

The birth of Jesus Christ is commemorated by millions of people around the world with Christmas celebrations on Dec. 25. Yet, most scholars agree that he wasn’t born on that day, or even in the year A.D. 1.

Researchers have speculated that the Roman Catholic Church chose Dec. 25 because it ties in with the winter solstice and Saturnalia, a festival dedicated to the Roman deity Saturn. The church could also co-opt this popular pagan festival, as well as the winter celebration of other pagan religions, by choosing this day to celebrate Jesus’ birthday, according to scholar Ignacio L. Götz in his book “Jesus the Jew: Reality, Politics, and Myth-A Personal Encounter” (Christian Faith Publishing, 2019).

However, nobody really knows exactly when Jesus was born.

THE DEATH OF KING HEROD

Some scholars believe that he was born between 6 B.C. and 4 B.C., based partly on the biblical story of King Herod the Great. In an attempt to kill Jesus, the king allegedly ordered the death of all male infants under the age of 2 who lived in the vicinity of Bethlehem, an event known as the Massacre of the Innocents. This occurred shortly before Herod’s own demise, a date which is still disputed. However, most scholars, including Peter Richardson and Amy Marie Fisher in their book “Herod: King of the Jews and Friend of the Romans: Second edition” (Routledge, 2018), follow the date used by Roman historians, who believed that Herod died in 4 B.C.

But historians disagree about Herod’s actual year of death, and many have argued that the mass infanticide is nothing more than a legend. In his book “Zealot: The Life and Times of Jesus of Nazareth” (Random House, 2013), biblical scholar and author Reza Aslan wrote that Herod’s massacre was “an event for which there exists not a shred of corroborating evidence in any chronicle or history of the time whether Jewish, Christian, or Roman.”

THE STAR OF BETHLEHEM

Other scholars have attempted to correlate the “Star of Bethlehem,” which supposedly heralded Jesus’ birth, with actual astronomical events to pinpoint his birth year. For example, in a 1991 article in the Quarterly Journal of the Royal Astronomical Society, astronomer Colin Humphreys proposed that the fabled star was actually a slow-moving comet, which Chinese observers recorded in 5 B.C. However, Humphreys’ theory has since been debunked.

The month of Jesus’ birth has also been a point of debate, with one theory suggesting that the Star of Bethlehem may have been Venus and Jupiter coming together to form a bright light in the sky, a rare event that occurred in June of 2 B.C. Another possibility is a similar conjunction between Saturn and Jupiter, which occurred in October of 7 B.C.

There has also been speculation that Jesus was a spring baby. Götz suggests that Jesus could have been born “in the late spring of the year because pregnancies began in the fall after the harvests were in and there was enough money for a wedding feast.”

Bennington-Castro is a Hawaii-based contributing writer for Live Science and Space.com. He holds a master’s degree in science journalism from New York University, and a bachelor’s degree in physics from the University of Hawaii. This article was first published in livescience.com