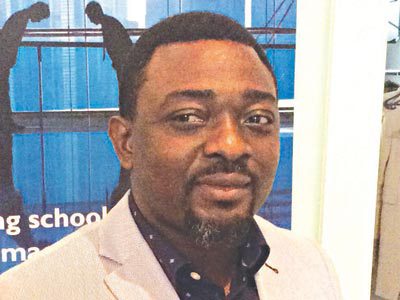 Popular national security analyst & diplomacy scholar Wole Madariola Olumide has watered down some of the criticisms that trailed the approval of $1billion from the Excess Crude Account  for the Federal Government to be spent on national security like the fight against Boko Haram, acquisition of more sophisticated weapons for the Nigerian Army as well as other security issues in the country.

Speaking recently, Wole Madariola who was the Guest Lecturer at the Crimeworld Security Award held in Lagos delivered a paper on : The Socio-Economic Impact of Kidnapping on developing nations – Nigeria a as a case study. The erstwhile President of the Nigeria Shooting Federation who was honored at the event alongside  Inspector-General of Police Idris Ibrahim, Former IGP Mike Okiro, Solomon Arase among others, frowned at the way some people were condemning the money approved for security.

According to Wole-Madariola “compared to most countries’ defense budgets and allocation ; $1billion  is insignificant. Nigeria is absolutely spending less on defense and internal security capabilities. No nation gambles with defense acquisitions and procurement. However it is commendable as the Buhari administration thought it appropriate and needful at this time that such fund is released to sustain the the tempo of victory of the military in counterinsurgency” .

​Facebook To Change News Feed To Focus On ‘Personal Moments’