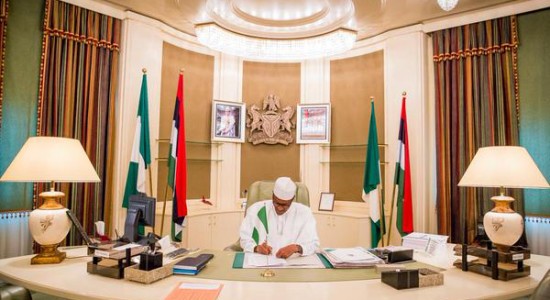 The Peoples Democratic Party (PDP) has accused the federal government of providing cover for huge graft in the on-going fuel scarcity across the country directly involving the ruling All Progressives Congress (APC) interests and urged its officials to stop dishing out falsehood to suffering Nigerians. National Publicity Secretary Kola Ologbondiyan in a statement on Wednesday said it is completely reprehensible that the APC and the Federal Government has continue to stick to lies, particularly on the real reasons behind the biting fuel scarcity.

The party further charged the government to tell Nigerians the truth regarding its handling of fuel related funds, particularly the circumstances surrounding the alleged diversion of fuel funds in oil subsidy payouts, rather than dissipating its tenuous energy on buck passing. The party also tasked the government to speak out on reports of alleged fraud in the oil regime whereupon 18 unregistered companies were used to lift and divert $1.1 trillion worth of crude oil in the last past year. “This APC government is not only grossly incompetent and corrupt, but also a champion in the use of lies and manipulations against innocent and unsuspecting citizens. “We all know that it was convenient for the APC Presidency to promise Nigerians that it will no longer import fuel only because the PDP government had already laid the foundation including revamping the refineries and ensuring a domestic production of 5 million litres out of the 25 million litres daily domestic consumption. 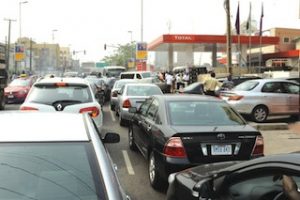 “Sadly this incompetent APC government, in its almost three years, has not added one litre to the 5 million litres which the PDP administration was producing. “Instead of improvements, the APC has wrecked the system and now pushing the nation to depend solely on importation, while engaging in heavy sleazes in hidden subsidy regimes. “Is it not also ridiculous for the Federal Government, in its bid to cover for its ineptitude and oil subsidy corruption, to announce that it is the NNPC and not Nigeria that is paying for the so called fuel subsidy? “The question is; who owns the NNPC? Is it not Nigeria? Can NNPC spend a kobo without the authorization of the Presidency? Has President Muhammadu Buhari ceased to be the President of the Federal Republic of Nigeria and the Minister of Petroleum Resources? “Moreover, if the NNPC, which is under his purview, has been paying fuel subsidy, who authorized the payment and who are the beneficiaries? Nigerians need to know the truth on this subsidy regime. “We therefore challenge the APC- Federal Government to come clean on these issues and stop telling lies to Nigerians who have suffered enough under its deceptive, inept, uncoordinated and wicked regime, ” the statement read. The PDP however urged Nigerians not to be forlorn adding that it has repositioned to stand with the people in the inevitable mission to rescue and restore the nation to the path of prosperity come 2019.