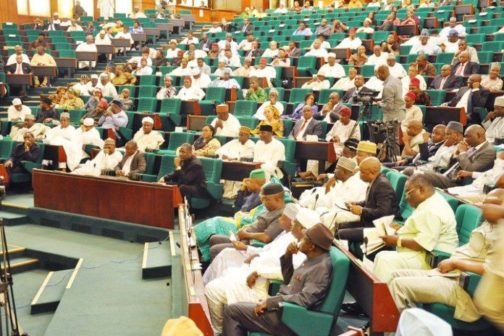 The Committee also urged the National Agency for the Prohibition of Trafficking in Persons (NAPTIP) to curb the rising incidences of human trafficking across the shores of Nigeria.

The Chairman of the Committee, Rep. Edward Pwajok (Plateau-APC), gave the charge when the two agencies appeared before members of the committee to defend their 2018 budget proposals.

The lawmaker also emphasised the need for the NHRC to push for the domestication of the Administration of Criminal Justice Act in all the states of the federation.

Responding to the demands of the agencies for an increased budgetary allocation, Pwajok said that it was necessary to heed the call to enable NHRC discharge its responsibilities effectively.

“From our interactions with both agencies, we are satisfied with their performances in 2017. The problem they have is the challenges of inadequate funding.

“They have so much work to do, but if they do not have the money, they cannot discharge their responsibilities.

“But to the extent of the money that was released to them, they were able to discharge their responsibilities.

“We are going to make a case for an upward review of the money that should go to particularly the Human Rights Commission; they have requested for more funds that was allocated in 2018 budget.

“They have a lot of work to do and issues of human rights are on the front burner of international discourse.

“We discovered that the international community has given our Nigerian Human Rights Commission category A status, that means we are doing our best to make sure that we respect human rights in Nigeria.

“If they are not properly funded, then we may go to Category B or C and that will have serious implications.

“Recently, the U.S. Government approved the sale of military hardware and jets to Nigeria, it means that they are satisfied with our respect for human rights.

“The agency should submit the list within one week. It is an issue of writing to the Force Headquarters.

“It shouldn’t take them too long, I expect an immediate response because there are crime records in all police stations in Nigeria.

“There are people who are arrested and kept beyond the constitutional timeline. That way, the police would be kept on their toes.

“They would know that people are also watching. You don’t detain Nigerians unduly,’’ Pwajok said.

She said that N6.8 billion budgeted for 2018 would not be sufficient.

According to her, some of the projects to be executed by the commission in 2018 will include upgrading of facilities in the headquarters, zonal offices, upgrading of the ICT centres and purchase of utility vehicles.

Others are publicity of the commission’s activities, public enlightenment campaigns against the abuse of human rights as well as establishment of centres for missing persons.

She also disclosed plans by the commission to establish a human rights funds to carter for the needs of victims of unlawful detentions, domestic violence and training for personnel.

She also said that the commission had collaborated with donor agencies and development partners, including security agencies to provide technical support in the activities of the commission.

Similarly, the Director, Finance and Administration, Dr. Hassan Ndanusa, who represented the Executive Director of NAPTIP, urged the committee to increase its budgetary allegations from N2.5 billion.

Ndanusa said the request was necessary considering the enormous responsibilities being faced by the agency, especially now that trafficking in persons had become a global challenge,’’ he said.