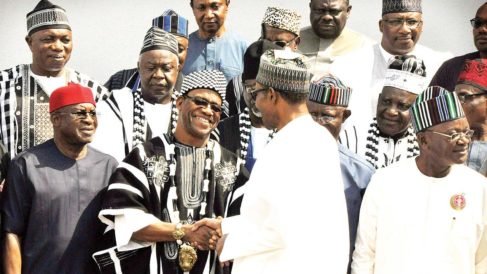 • Says no going back on anti-open grazing law

The Benue State government yesterday declared it had lost confidence in the ability of the country’s security agencies to bring to justice herdsmen accused of killings in the state.

It also warned the Miyetti Allah Cattle Breeders Association of Nigeria (MACBAN) and other Fulani socio-cultural organisations to stop calls for a repeal of the anti-open grazing law, vowing the legislation would remain.

“The Benue State government will not repeal or suspend this law for any reason. And we appeal to the police and other security agencies to enforce the law, which is their constitutional responsibility. However, if they continue to fail, with the help of God, we shall overcome this dark episode in our history,” it said

Addressing a world press conference in Makurdi, the state capital, the Commissioner for Information and Orientation, Lawrence Onoja, stated: “We are simply asking the police and other security agencies in the country to put an end to these killings, arrest the people behind them and prosecute them, to regain the people’s confidence.”

He condemned the failure of the Inspector General of Police (IGP), Ibrahim Idris, to relocate to the state, as ordered by President Muhammadu Buhari, noting that the police chief was sighted for just a day, following which he left immediately.

Onoja said the IGPs initial description of the “pre-planned Benue killings by Fulani herdsmen on January 1 and 2, 2018, as mere communal clash” showed that Idris “does not accord any urgency or seriousness to arresting the perpetrators of the mass murder.”

He regretted that the body language of the police boss might have “emboldened the herdsmen militia to further lay false claim of ownership to the Benue Valley through a so-called right of conquest.”

The IGP’s statement, he said, “is highly provocative, insensitive and completely violates the basic principle of natural justice with his open bias against the innocent people of Benue State.”

According to the spokesman, Idris has “demonstrated his incompetence as a police chief and we have lost confidence and trust in him, since he has clearly shown that he either lacks the capacity to apprehend these armed Fulani militia or by his inaction and utterances portrayed himself as complicit in the grand plot to dispossess our people of their ancestral land by violent means.”

On claims by the police that the state operates an armed militia, the commissioner said: “It is not true. It is the prerogative of the police to go after such group and arrest them, rather than continue with falsehood. On assumption of office, this government declared an amnesty and hundred of youths surrendered illegal arms. These (arms) were publicly destroyed in full public glare and in accordance with specifications of the United Nations, which sent experts to carry out the exercise under the supervision of the Presidential Committee on Small Arms.”

“If the IGP is really sincere with disarming militias, the starting point should be with the Fulani herdsmen, rated the fourth most deadly on the Global Terrorism Index,” he added.

Meanwhile, a deadly clash between herdsmen and villagers in Song Local Government Area of Adamawa State killed about 15 persons at the weekend.

The Police Spokesman in the state, Othman Abubakar, however, put the number at six. “The information I got is that the herdsmen lost three people and the farmers also lost three during the clash between the two groups,” he said.

Trouble began when cattle allegedly overran a pond, said to be the only source of water for a community. A woman who protested against the development was attacked, sustained machete wounds, but managed to flee. The community members mobilised and confronted the herdsmen, allegedly killing four. The herdsmen, in turn, staged a reprisal and razed Fimba, Shiure and Tinde villages, killing about a dozen people.

A resident of Tinde and a university lecturer, Dr. Amos Yusuf, said: “I was told by some of my relations that escaped from the village that 15 people were killed during the invasion of three villages, including mine, by some Fulani herdsmen. They burnt the three villages and killed 15 people.”

The poor management of the farmers/herdsmen crisis has continued to draw attacks from the opposition Peoples Democratic Party (PDP). Yesterday the party criticised government’s handling of the killings by Fulani herdsmen.

“We believe that the Federal Government’s decision to set up a committee to address the issues of herdsmen killings is a pretentious approach to a matter that requires firm action and leadership by the president, in line with his oath of office to protect all Nigerians, irrespective of creed, tribe and political affiliation,” the party said after a meeting of its National Working Committee and PDP governors in Asaba, Delta State.

In the joint statement by the National Chairman Prince Uche Secondus and the Chairman Governors’ Forum Ayodele Fayose, the party urged Buhari to address the nation on how he plans to end the carnage