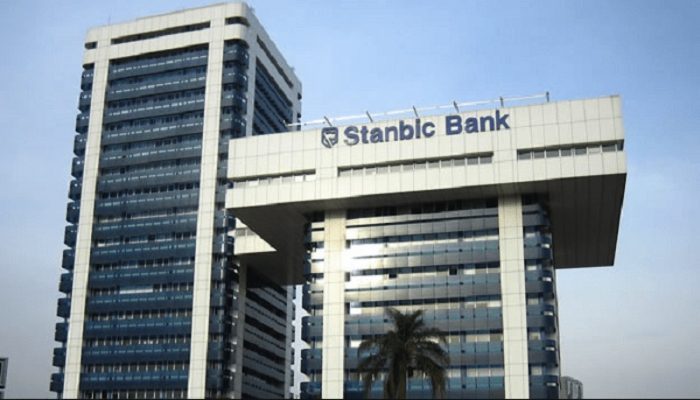 However, in their statement of defence and counter claims, the defendants are counter claiming the sum of ₦200 million and 250,000 United states Dollars .

Joined as co-defendant is a limited Liability company, Bluebarrel limited.

In an amended statement of claim filed before a Federal High Court in Lagos, Southwest Nigeria, by Stanbic IBTC Bank Plc, the bank alleged that by a letter dated 24th September, 2013 Enegas Power Limited requested a $2,300,000 Asset acquisition facility from the bank to enable it acquire liquefied Petroleum Gas(LPG) Vessel MT ANGAS to enhance its operations.

Consequently, the bank granted the credit facilities in the following manner value and asset finance: ₦ 155,040,000; letter of credit facility: USDI,615,000; Import finance facility: ₦ 155,04,000 to the company to finance 60% of the cost of purchasing of the said vessel named MV ANGAS from Starway Management Property limited Company. The banking facilities was later varied by the bank by the request made by the defendants.

The credit was accepted on behalf of the company by Mr frank Karkite and Mr Christian Anenih in their capacities as the directors of the company and they also secured the loan by their personal guarantee in writing.

As part of the conditions for granting the credit facilities, the bank demanded additional security to cover its total exposure to the company but the company failed to provide same as demanded.

Wherefore the claims of Stanbic IBTC Bank Plc against the defendants jointly and severally are as follows.

However, in an amended joint statement of defence and counter claims of the defendants filed before the court by a Lagos lawyer, Matthew Egbadon, the defendants averred that the facility was not paid to them but disbursed directly to Starway Management Property limited, sellers of the Vessel MT ANGAS by the bank, as the bank agreed to finance 60% of the cost of purchasing the Vessel while the defendants agreed to provide equity of 40% towards purchase.

There was delay in bringing the vessel to Nigeria which was caused by the refusal of issuance of travelling visa to the Nigeria crew members because of the unforeseen Ebola Epidemic outbreak in Nigeria coupled with the consequential maintenance and harbour services, which led to the incurring of bills on the vessel.

He said the sum which was eventually approved but not fully disbursed by the bank to meet the cost and other incidental matters to facilitate the movement of the Vessel to Nigeria from Istanbul, Turkey was ₦193,716,912.13 and that addition of temporary import bond of ₦37,855,600 was to be issued by the bank, but noted that this was not done.

Consequently, he said the bank flagrantly violated the terms of the credit facility and reneged on the release of additional funds which made it impossible for the company to fulfill her own terms and conditions and bring the vessel into Nigeria. The defendants denied the amount in the sum stated in the bank’s claim and alleged that the bank’s unilaterally altering the interest rate of the facility was unconscionable, fraudulent and meant to embarrass the defendants.

The defendants averred further that after a long wait without disbursement of funds by the bank and with the funds required to fix the vessel increasing, coupled with accumulated crew wages port charges and maintenance fees soaring, It was agreed that the company should source for funds to carry out the repairs, pay port charges and other debts relating to the vessel pending when funds would be made available by the bank.

The defendant then obtained loan from Bluebarrel company through the bank cover as follows N45 million, from Sterling Bank, N35 million from Skye Bank and USD250,000 sourced from overseas.

Eventually the additional facility was approved in April, 2015 by Stanbic IBTC bank the company accepted the offer and again, the bank cyncally and unilaterally varied the terms of the offer.

The presiding Judge, Saliu Saidu has adjourned till 16 of May, 2019 for hearing of the case to commence.

Pray against bloodshed through any form of accident on 12 &13 April 2019, Dr Chris Okafor warns

Dangote: I once withdrew $10m from the bank to convince myself I was rich