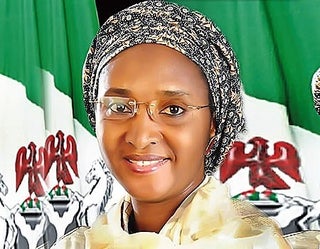 The Federal Government will propose to the National Assembly about N9.79 trillion as total expenditure in the 2020 budget, the Minister of Finance, Budget and National Planning, Zainab Ahmed, has said.

Mrs Ahmed announced this on Tuesday in Abuja at a public consultation forum with civil society groups and agencies on the draft 2020-2022 Medium Term Expenditure Framework.

The projection includes a proposed revenue of about N7.64 trillion and a total proposed fiscal deficit component of about N2.142 trillion.

She said the key assumptions of the budget were based on an oil production capacity of 2.18 million barrels per day, crude oil price of $55 per barrel, against $60 per barrel last year, and exchanged rate of N305 to the dollar.

Also, she said inflation rate for the year is projected at an average of 10.81 per cent, with nominal consumption figure of about N122.75 trillion and nominal gross domestic product of N142.96 trillion. The GDP growth rate is put at about 2.93 per cent.

Under Special Interventions (recurrent), the minister said about N350billion has been proposed for the year, while aggregate Capital expenditure has been reduced from N3.18 trillion in 2019 to about N2.05 trillion in 2020.

The minister said capital expenditure for 10 top GOEs have been put at about N188.23 billion; grants and donor-funded projects (N36.4 billion), and multilateral/bilateral project-tied (N328.13 billion).

In her overview of the proposals, the minister said the draft MTEF showed the country was facing significant medium-term fiscal challenges, especially with respect to revenue generation and rapid growth in personnel costs.

To reverse the challenges, she said key reforms under the strategic revenue growth initiative will be implemented to boost revenue collection and expenditure management.

Besides, to further the objective of greater comprehensiveness and transparency in the budget process, she said the government has proposed to reflect the revenue and expenditure of government-owned enterprises and multi-lateral/bilateral project-ted loans and related expenditures in the 2020 budget.

Although the projected oil production volume is lower than the 2.3 million barrels per day in 2019, the government believes the 2.18 million barrels output projection is more realistic.

She said a lower benchmark crude oil price of $55 per barrel was adopted against $60 per barrel in 2019, because of the assumption of the expected oil glut from oversupply in 2020 as well as the need to establish a cushion against unexpected price shock.

On real GDP growth, the minister said the 2.93 per cent growth rate falls short of the National Economic Recovery and Growth Plan projection of 3.1 per cent.

She blamed the rise in personnel cost (inclusive pensions costs) from N2.45 trillion in 2019 to N3 trillion on the recent decision of the government to create five new ministries.

To contain the rising personnel costs, Mrs Ahmed said the Federal Government has taken steps to block leakages in the system, including through an October 2019 deadline by President Muhammadu Buhari for all MDAs to implement the Integrated Personnel Payroll System (IPPIS).

The minister warned that workers in MDAs that fail to move to the IPPIS platform risk losing payment of their salaries from October.

On Nigeria signing the agreement establishing the African Continental Free Trade Area (AfCFTA), the minister said although she foresees tremendous opportunities for the country in the medium term, the agreement could become a huge nightmare if the right policies and actions are not implemented to boost Nigeria’s competitiveness