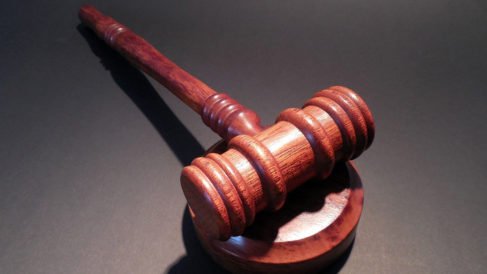 The judge frowned at Okhiria’s refusal to appear in court on committal proceeding filed against him by a former employee of the corporation, Benedict Iheakam.

Counsel to the plaintiff, Johnson Esezoobo had asked the court for an order to commit Fidet Okhiria and the Company Secretary/Legal Adviser, Canise Oklahoma to prison for allegedly refusing to comply with its order delivered over 14 years ago.

Justice Dan Abutu had in a suit marked FHC/L/CS/926/95, ordered the reinstatement of Iheakam and payment of full entitlements.

However, when the matter came up yesterday, counsel to the second respondent, Opeyemi Igbayiloye, informed the court of his interaction with Esezoobo, but did not file any documents in support.

Responding, Esezoobo confirmed the development and told court that its direction was to a person and not a company.

He said: “The legal adviser approached me this morning that their Managing Director had travelled to China.”

Justice Olatoregun, therefore, asked if Okihiria was bigger than the law, adding: “Order of the court must be always be obeyed. He must not show himself to be above the law. Is he too big to appear in court? I give him a week to obey the court.”

She, consequently, adjourned till February 21,2018 for him to appear in court.

Meanwhile, the Eastern District of the NRC has raised the alarm over the increasing vandalism of rail track materials, especially around Umuahia, Abia State capital.

It, however, denied reports that a vigilance group arrested the Divisional Police Officer (DPO) at the Umuahia Station for vandalism.

Addressing journalists in Enugu yesterday, the Railway District Manager (East), Ola Adeeyinwo, stated that the cost of replacing the materials was not only high, but also weighs on the operations of the corporation and other agencies that rely on them.

He said the Railway Police had arrested six suspects over the incident and are currently in custody in Umuahia for the ofence.