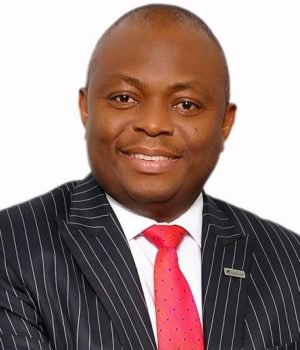 In keeping with its promise to continually enhance the health and overall wellbeing of communities where it operates, Fidelity Bank Plc on Wednesday donated three fully equipped sanitary facilities to the Ondo State Government.

The facilities constructed by Fidelity Bank Plc at Aquinas College, Democracy Park and Arakale Motor Park, all in the Akure metropolis, will enable the host communities maintain better sanitary conditions, improve their standard of living which will ultimately lead to better productivity and economic development.

Working in conjunction with the Ondo State Ministry of Environment, the Bank, in addition drilled boreholes and provided generating sets to power the facilities thus, ensuring that the project have a lasting impact on the communities.

Speaking at the commissioning ceremony, the Governor of Ondo State, Rotimi Akeredolu, commended the bank for maintaining strong and healthy community relations, adding that through the project, Fidelity Bank has addressed one of the most pressing challenges in Akure, the Ondo State capital.

He pointed out that Ondo State was ranked poorly by international organisations like the United Nations Children’s Fund (UNICEF) and the World Health Organisation (WHO) in the area of open defecation.

“It is a malaise that we are facing in Akure. Access to toilet is a major indicator of economic development in any country. Open defecation and lack of sanitation and hygiene are important factors that cause various diseases. This is why we have every reason to thank Fidelity Bank for these facilities,” he explained.

The governor, however, pledged that his administration will work closely with the Bank in the attainment of its developmental objectives.

In his opening remarks, the bank’s Managing Director/Chief Executive Officer, Nnamdi Okonkwo. expressed his deepest appreciation to the Governor and people of Ondo State for affording the Bank an opportunity to give back to the society.

Okonkwo who was represented by the Bank’s Executive Director, Lagos & Southwest, Nneka Onyeali-Ikpe, said the initiative was in fulfilment of the objectives of the Fidelity Corporate Social Responsibility (CSR) philosophy which rests on a tripod: The Environment, Education and Health.

“We donated these projects in support of the good works of His Excellency, Arakunrin Rotimi Akeredolu and we pledge that this will be on an ongoing basis as we believe very strongly that the relationship between ourselves and Ondo State is a perpetual one,” he explained.

Whilst disclosing that the bank’s relationship with Ondo State dates back to 2002 when the erstwhile FSB opened a branch in Akure, Okonkwo said the lender has also supported the growth of micro, small and medium enterprises within the state. “We have also demonstrated strong support for the export segment especially the agriculture and agro-allied based businesses.”

According to him, the Bank has widely recognised technical competence in the facilitation of various intervention funds through the Central Bank of Nigeria (CBN) and the Bank of Industry (BOI) amongst others to small and medium enterprises.