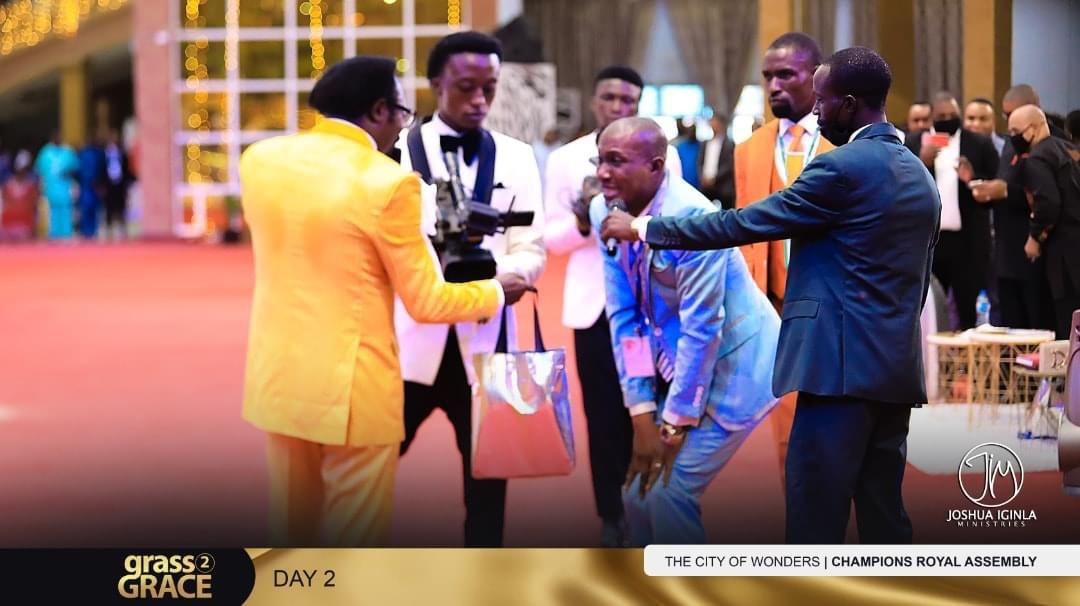 Giving is a major characteristic of a true Christian. Everyone is called to give, but not everyone gives. Genuine giving is an expression of true love.

In line with God’s word, the man of God, Joshua Iginla has expressed a true act of love by giving a visiting Pastor the sum of ₦1.8 million to pay off his debt.

According to a post shared by Joshua Iginla via his official Facebook page, it was recorded that during his birthday celebration, a Visiting Pastor by the name of Henry Ugondu has been facing some ministerial challenges that have made him owe a huge amount of debt. The inability for him to pay off his debt has also made his creditor lock down his place of worship. The post read thus:

Hearts were warmed up with tears rolling down the cheeks of Many, as Gods Oracle Joshua Iginla paid off the sum of 1.8 million naira church debt which led to the owner of the property locking up the place of worship.

However during the Dedication of the City of Wonders, Papa Joshua Iginla located the pastor through the help of the Holy Spirit and told him about his ministerial challenges which he confirmed to and
According to Pastor Henry Ugondu the said pastor of Glorious Goshen ministries who happens to be the senior pastor was brought to total awe of the display of pure brotherly love in Christ shown to him by Papa Joshua Iginla indeed if we can keep supporting one another in every way possible kingdom work will be in speedy progression.

May the Love of God towards others continually wax stronger in our hearts in Jesus Mighty name..

Go All Out and Ensure Massive Votes is Casted for HID – Hon. Makinde Appeal to party faithfuls in Ojokoro