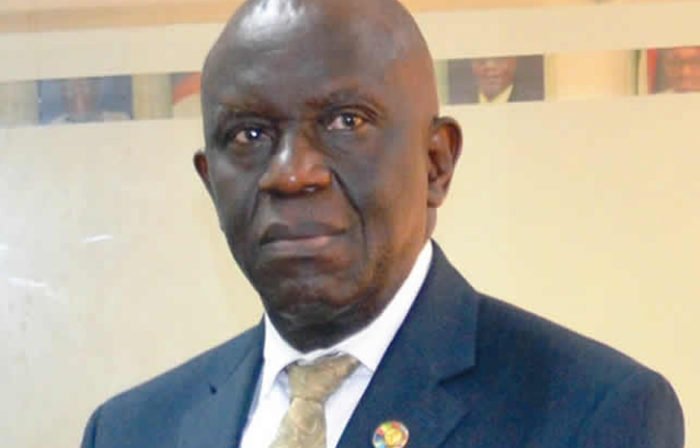 The  President of Lagos Chamber of Commerce and Industry, Mr. Babatunde Ruwase has lamented that sanctions to defaulters under the Reviewed Land Use Charge Law of Lagos are too severe and not in tandem with democratic ideals.

He made the observation in Lagos on Friday during a stakeholders’ forum on Lagos Land Use Charge Law, 2018.

Rusawe said that while the chamber would not encourage or support any form of infractions of the law, the sanctions must be proportional and fair.

The News Agency of Nigeria reports that the Land Use Charge law stipulates a 25 per cent increase in charge if payment is not made between 45 and 75 days.

The law further prescribed that a property shall be liable to enforcement if payment is not made after 135 days of notice.

“There would be instances where the citizens are willing to pay but just do not have the capacity to pay, given the state of the economy.

“The Nigerian economy is only just gradually recovering from recession. Many companies are yet to return to profitability.

“All of these have adversely impacted the returns on investment in property market and points to the fact that current market value of property may not necessarily reflect the rental income for the property,” Ruwase said.

According to him, emphasis should be on getting more property into the tax net, rather than imposing additional burden on those currently on the database.

He urged government to explore the platform presented by VAIDS to capture more property owners into the net.

Ruwase suggested that implementation of the law be suspended, while the grey areas should be sorted out in the interest of fairness, equity and natural justice.

According to him, there is no evidence to show that adequate dissemination of information to critical stakeholders had been done; noting that the conditions stipulated for law review occurred before its implementation.

He said that stakeholders were concerned that assessed value used for computation of the law was high and difficult to justify.

According to him, the business community appreciates government’s efforts in investing in infrastructure and security and businesses are willing and ready to pay their tax.

He appealed to the government to create a tax environment that would be fair, equitable, inclusive, transparent and investment friendly.

Lagos State Commissioner for Finance, Mr. Akinyemi Ashade, said the law was aimed at entrenching a regime of self assessment that would allow property owners to make their own calculation and know their rate with the help of professional valuers.

Ashade said various reliefs had been made available to payers, including a general 40 per cent relief for all property liable to LUC payment.

According to him, property of N10m and below constitute 75 per cent of property owners in the state and are expected to pay N5,000 per annum as land use charge.

Ashade said the new law also established an Assessment Appeal Tribunal which authorised the adoption of Alternative Dispute Resolution in resolving disputes concerning LUC, provided the appeal was lodged within 30 days after the receipt of the notice.