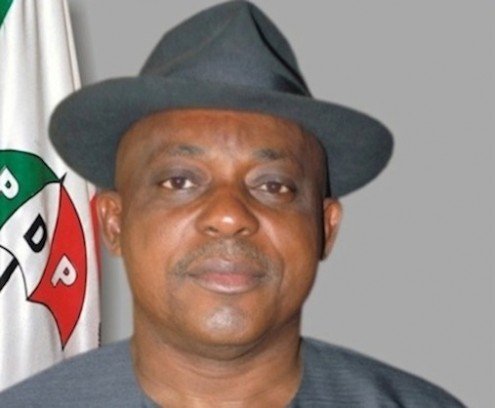 Emeka Etiaba, the Lawyer to the National Chairman of the Peoples Democratic Party (PDP) Prince Uche Secondus, has given the Minister of Information and Culture 48 hours to withdraw his libelous statement against Secondus or face litigation.

A statement issued by Nancy Shikaan, a counsel in the Chambers, quoted Etiaba as making the demand on Saturday in Abuja, in a letter with reference no. EESE&C/1/31/03/18 dated March 31, 2018 addressed to the minister.

The letter was titled “Re:Publication of false and defamatory statement against Prince Uche Secondus”.

He demanded for retraction, apology and payment of N1.5 billion as damages.

The lawyer said that the said publication had damaged the image of Prince Secondus as he has been ”humiliated, castigated and vilified by many as a result of the falsehood published by the Minister”.

Shikaan according to the letter noted that if Mohammed failed to meet their demand after 48 hours, they shall “within 72 hours from today, proceed to a court of competent jurisdiction to ventilate our clients right under the law.

“We shall further seek the protection of the court against you”