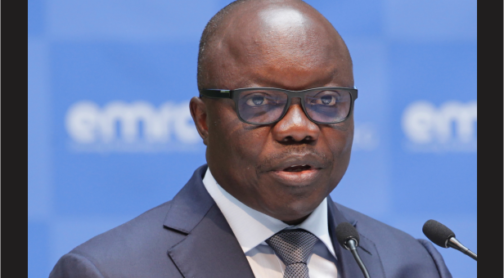 Majority of those whose opinions were sampled agreed that they have not been feeling the impact of democratic dividends for a long time, but in 2019, things will be different.

To this end, while politicians are making the rounds with marathon consultations and secret meetings, they have already weighed in potential candidates who are aspiring to the position, even as the Independent National Electoral commission has not officially declared it campaign open.

Two heavyweights; the immediate past governor of the state, Dr. Emmanuel Ewetan Uduaghan and the incumbent senator representing Delta South in the Senate, Senator James Manager are said to be consulting leaders of the party and those that matter in determining their chances for the Delta South Senatorial District seat.

There are other aspirants also, most notably being one Chief Michael Ejele, a member of Delta State House of Assembly from Sapele who has already littered the state with his posters for the plump job. However, political pundits have already written him off as his chances are slim. They view his moves as a tactical weapon to negotiate his return to the Delta State House of Assembly and not really the senate seat.

So, the race is between the incumbent, Senator James Manager who has spent 12 years in the National Assembly and is still itching to return there, and the immediate-past governor of the state, Dr. Emmanuel Uduaghan.

As the people clamour for Dr. Uduaghan to represent them, everyone is waiting to see how the Peoples Democratic Party, PDP will manage the choice of candidacy between these two political heavyweights and the aftermath of it so that it will not affect the chances of the party in the forthcoming elections.From all indications, the immediate-past governor is not really a problem to the party because he is known to be a man who believes so much in the ideology and development of the party while the party’s fear at the moment is Senator James manager who inversely is not so strong in the belief of abiding to party decision and may decide to defect if eventually he does not win the party’s primaries.

James Manager has a lot of hurdles to clear if truly he desires to return to the national assembly. One of such hurdles is that the people of Delta South are said to be tired of his representation. Their argument is hinged on the fact that he has been in the national assembly for over 12 years and they can’t even feel his impact.

And for Dr. Uduaghan, he is not an upstart in politics. He is synonymous with excellence. He is not only a hard worker but a master planner whom observers believe stands a better chance to face the growing strength of the All Progressive Congress (APC) in the state. This political oracle held fort while Chief James Ibori was away and the fortunes of the Peoples’ Democratic Party (PDP) in the state did not dwindle nor did lose the state to the opposition. As governor of Delta state, Dr. Uduaghan created a lot of landmark achievements which still stands today in the Big Heart state.

Though, Dr. Uduaghan has not officially declared his interest for the Senate, sources disclosed that he is already consulting with those that matter. Today, he would have been in senate but for his respect and belief in party supremacy, he shelved the idea in 2015 to enable Senator James Manager have another stint.“If he eventually declares his interest, many factors will work in Dr. Uduaghan’s favour”, one of the sources said.

“One, as Delta State governor, he did a lot for the state in health, education, roads, job creation and meeting the needs of youths and the aged.”

“There is no one who did not benefit from his programmes and this has endeared him to the people. Dr. Uduaghan commands respect amongst all the ethnic groups in the state, so it will be difficult for his opponent to defeat him, our source said.

Pundits believe that since he was able to keep the political structure Ibori left behind intact, except for a few ones who left, party members will support him any day because he has proven to be a strong PDP man.

According to our source, “the party itself knows that if Uduaghan is not given the senate ticket for Delta South, it will definitely lose the seat to opposition.”

Dr. Uduaghan is highly experience as a politician. Chief Olu Falae, former secretary to the Federal Government of Nigeria summed it up during Uduaghan’s 60th birthday celebration, declaring that as a commissioner for Health and later secretary to the state government and then governor, he has garnered experience politically. “He is one of the people who have a lot of experience which is basically lacking in Nigeria. To that extent we have learnt a lot from him; he is very calm and he listens before he talks.”

As the drama keeps unfolding, political analysts are watching to see how the ruling party will handle the choice of its flag bearer in the forthcoming election in the state, with the general fear that if poorly handled, the seat will end up being a plus for opposition in the district.

Also lending their voices in support of Dr. Uduaghan’s senatorial move is a socio-political pressure group founded on the philosophy of working against all forms of selfish politicians /politicking in Delta State, the Developmental Advocates of Warri North, DAWN.

In a communiqué issued after an emergency meeting held at Koko, headquarters of Warri North Local Government Area, recently, DAWN asserted that the call on Dr. Uduaghan to contest the senatorial seat became necessary after a committee it set up to study potential aspirants for the position recommended the former Delta State Governor, based on his antecedents in peace building and achievements in the public offices he held in Delta State between 2009 and 2015.

The communiqué signed by Inojulagho Amaju, Coordinator and Ayonuwe Clifford, Lead, Grassroots Education, on behalf of DAWN, averred, “we reserve the right to be represented by intellectuals who will revert the respect we are almost losing grip of at the National stage”.

According to the Warri group, the 7.6km Umeh Road in Isoko, which ended 30 years of abandonment of the agrarian community, the Abigborodo Bridge project in Warri North, Ugbenu Koko Road, the 0-5 years free health care delivery programme across the state and the revolutionary Uduaghan Park, “which brought transportation across Delta State to an easy and comfortable ride with lowest fares”, are achievements of Dr. Emmanuel Uduaghan that makes him eminently qualified to vie for the prominent legislative position in 2019.

The group also mentioned the construction of”10 International Model Schools” in the three senatorial districts of Delta State, the construction /renovation of hundreds of schools,the introduction of EDUMARSHAL programme to ensure the downtrodden children go to school free of charge as well as the payment of enrollment fees for SSCE candidates as some other reasons that informed their decision to back Dr. Uduaghan’s senatorial ambition.

They averred that a man who sacrificed his senatorial ambition for the sake of peace in Delta State, particularly inter-ethnic harmony in Delta South should be given all the necessary support to represent Delta South in 2019, describing the former Secretary to Delta State Government as “an intellectual and bridge builder with the requisite National as well as International connections for the job.”

In a related development, another social-political pressure group which cuts across the 8 Local Government Area of Delta South Senatorial district, Delta South Grassroot Movement, have also pledged their undying support towards the realization of the senatorial ambition of Dr. Uduaghan.

Speaking in a visit to the former number 1 citizen of Delta State in his Warri country home, the group interim coordinator, Mr Matthew Oritsemoyo thanked the former Governor for heeding to the cry of the people from the region, which has been neglected and grossly marginalized by the federal Government due to lack of robust and effective representation at the upper house of the National Assembly. Oritsemoyo further advised Dr. Uduaghan not to relent, as this is the time Delta State and the Niger Delta in particular needs his wealth of experience and connections in Abuja.

In his reaction, the immediate past Governor thanked the group for putting the meeting together in a very coordinated manner and in the shortest possible time, noting that lawmaking is the primary responsibilities of legislators, whilst attracting projects to the area is an added responsibility. In his words, “I am not going to the Senate to bring and share KEKE NAPEP once a year, I am certainly not going to be a sleeping senator, I shall see to the realization of the Gas City Revolution Industrial Park (Export Processing Zone) Ogidigben, which will employ over 300,000 Deltans and Nigerians. I will also ensure peace and security is achieve in the region; I will also be involved in senatorial engagements twice a year, amongst other things.”

Speaking further, Dr. Uduaghan urged his supporters to make their campaigns issue based and shun campaigns of calumny as everyone in the region are brothers and members of one family.