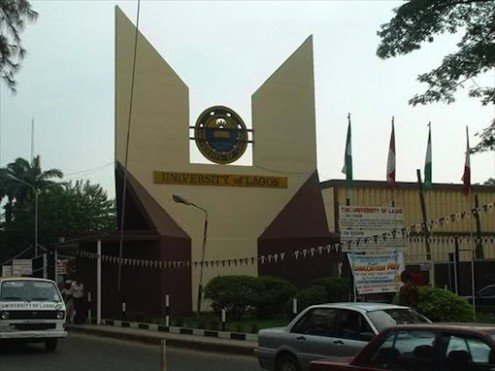 According to the report, “There have been cases where staff have used their official status to prevent the administration of justice in their units/departments; universities sometimes recruit mediocre or totally unsuitable candidates in preference to candidates of high merit. Most of the time when non-academic staff are not at their duty posts they never get punished. People with questionable degrees/qualifications paid bribes to get into the university system. In several cases, people employed by federal universities through connection with political authorities.”

According to Dr. Dixon-Ogbechi Nkemdinim, “The research team administered questionnaires and conducted interviews at the main campus and College of Medicine of the University of Lagos. The team also visited the Ahmadu Bello University, Zaria, where the instrument was also administered at its two campuses. The report focuses mainly on federal universities even though there are three different categories of universities in Nigeria namely, federal, state and private universities.”

The report read in part: “The focus on federal universities is important because the Federal Government of Nigeria is the custodian of tertiary education at the national level and it directs and controls the affairs of the parastatals in charge of tertiary education system in Nigeria to a very large extent.”

“We also found several unresolved cases of diversion of university funds for personal use; embezzlement, mismanagement, unmerited allocation of hostel accommodation, discrimination in the allocation of staff quarters; certificate/transcript racketeering; improper use of university assets; inflation of cost of contracts, award of contracts to friends or relatives; and admission racketeering by non-staff.”

Falana said, “In 2017, over N200bn was disbursed by TETFund to our universities. Neither ASUU nor any of the campus unions monitored the disbursement of the funds. Also, how many companies are paying 2% of its annual profit to support our university system? The bulk of the funds meant to improve the universities end up in the pocket of the contractors. 3 Vice Chancellors are currently standing trials for looting funds allocated for running the universities.”

Falana also said, “Based on the 1992 FG-ASUU Agreement the federal government  was compelled to enact the Tertiary Education Trust Fund Act. The Act has established the Tertiary Education Trust Fund (TETFUND) as an intervention agency charged with the responsibility for managing, disbursing and monitoring the education tax to public tertiary institutions in Nigeria. Pursuant to section 1 of the Act every company shall contribute education tax of 2% of its annual profit to the TETFUND.”

“Professor Baffa, the Executive Secretary of TETFUND announced in March this year the commencement of activities to kickstart the 2017  disbursement of the whopping sum of N213 billion to the nation’s tertiary institutions. If TETFUND can disburse N213 billion in one year it is my view that if the education tax  is well managed it will go a long way in addressing the crisis of underfunding of our tertiary institutions,” Falana said.

“Just recently, it was reported that the new management of the Joint Admission Matriculation Board (JAMB) paid N5 billion to the TSA. The money was realised from the sale of admission forms to applicants seeking admission to the tertiary institutions in 2017. Meanwhile, university administrators have not accounted for the money realised from the sale of post jamb examination forms.”

Following the recent arraignment at the federal high court of one of the Vice Chancellors for allegedly stealing  the sum of N1.4 billion, the staff and students of his university invaded the court and practically forced the trial judge to vacate his order for the remand of the accused in prison custody! Before then, the same staff and students had demonstrated for days in the office of the EFCC in a bid to prevent the filing of charges against the indicted Vice Chancellor. This is not surprising as   has never taken any position in the massive looting of the commonwealth by the members of the political class who are aided by the governments and financial institutions of western countries.”

“Having fought and won the battle for university autonomy the ASUU should ensure that the internal machinery of each university is deployed to prevent the diversion of public funds. It is high  time ASUU established  a committee for the purpose of monitoring  the management of public funds in the universities, the collection of the 2% education tax by all registered companies in the country and the disbursement of fund to universities by TETFUND. Unless the public funds allocated to the universities are judiciously spent by the management  it is morally indefensible  on the part of ASUU to continue to embark on industrial action to press for adequate funding of tertiary institutions and improved working conditions of the staff,” Falana added.

According to the report, “Other cases of corruption being covered up are: falsification of results; extortion of students; late payment of money due to staff for examination invigilation, excess workload and other allowances; and collection of bribes before signing official documents; intimidation and victimisation by superior officials; promoting preferred staff ahead of others who are equally or more qualified; and deliberately delaying the progress of Ph.D candidates because of departmental politics.”

The report also read: “We also found cases of lecturers writing students’ research projects and extorting fees from them; students fronting for lecturers to extort from other students; stealing and misappropriation of university funds; falsification of age; diversion of funds; and ghost workers syndrome; impersonation during examinations; forgery; and diverting internally-generated revenues into personal account.”

“The authorities should also publish blacklists (i.e., lists showing individuals guilty of corrupt practices) by the university administration; including provisions designed to ensure the proper conservation and use of resources entrusted to staff in the performance of their jobs in the university’s condition of service; and involve the unions and other stakeholders in deciding how funds are to be used for projects in the university and developing sanctions for staff that do not report corrupt practices.”

“Most of the findings may only be applicable to federal universities, in broadly generalised manner. Another constraint encountered was the respondents’ reluctance to fill the questionnaires because of their apprehension about consequences or their busy schedules. However, this limitation was overcome through persuasion and repeat visitations to them.”

“Because it was not feasible to serially investigate all the institutions in the education sector in Nigeria all at once because of the enormous diversity in their geographical locations, this study focused on federal universities in Nigeria. Hence, questionnaires, personal interviews and observation techniques were used to gather data from relevant staff and students at the two selected federal universities. A sample of 1,500 respondents comprising of 900 students, 300 academic and 300 non-academic staff was taken from the two federal universities under study.”

Cattle Colonies Not Meant To Colonise Part Of Nigeria – Buhari